Édouard-Montpetit is a station on the Blue line of the Montreal Metro.

The station has three entrances: 2030 Édouard-Montpetit, 2040 Édouard-Montpetit, and 80 Vincent-d'Indy. They are all shaped in original forms. The one on Vincent-d'Indy is in the shape of a teardrop, which makes it particularly attractive and unique. Another trait the entrances share is the fact that they are relatively small compared to other stations' entrances, as the mezzanine hosts basically only stairs that lead to the underground station. Their exterior, like all the interior, is adorn of red color. Some of the interior even has pink. Those colors were selected when the station was expected to be called Vincent-d'Indy, because they represented the smoothness of music composed by Vincent d'Indy. When the name was changed, the design stayed.

Due to some entrances being remote, the road to the station itself may be longer than most stations, but nobody will complain because the architecture and colors make you want to be there. The red and pink, mixed with white and grey in a modern yet classic design results in one of the most beautiful stations of the whole network. There are also lights both on the ceiling and on the walls that are covered by beautiful round lampshades that add to the beauty of the journey to reaching the station. Once you reach the turnstiles, you go down on an escalator which quickly leads to the platforms. In a concept similar to Côte-des-Neiges, you have the stairs for the Saint-Michel platform on both sides, while the middle lane is the overpass to the Snowdon platform.

The platform's main attraction is the benches, with their bright red continuing below by forming vertical stripes that curve on top to go over the head of passengers. They have a way to bring light to the mind, and can easily awaken students of both the Vincent-d'Indy music school and the nearby Université de Montréal after a hard school day.

Although this station, like many of those on the Blue line, may be one of the lesser known to the general public, it wasn't necessarily the plan, as it was originally planned as a transfer station between the Blue line and a future line that was never built, nor advertised. And even though it took more than 35 years, it may finally become a transfer station in the future as the REM has a station planned there.

The red benches are quite unique. However, it may get even more unique in the future by being a transfer station with the REM, and also, since the REM platforms will be lower, it is expected to become the second deepest station in North America. 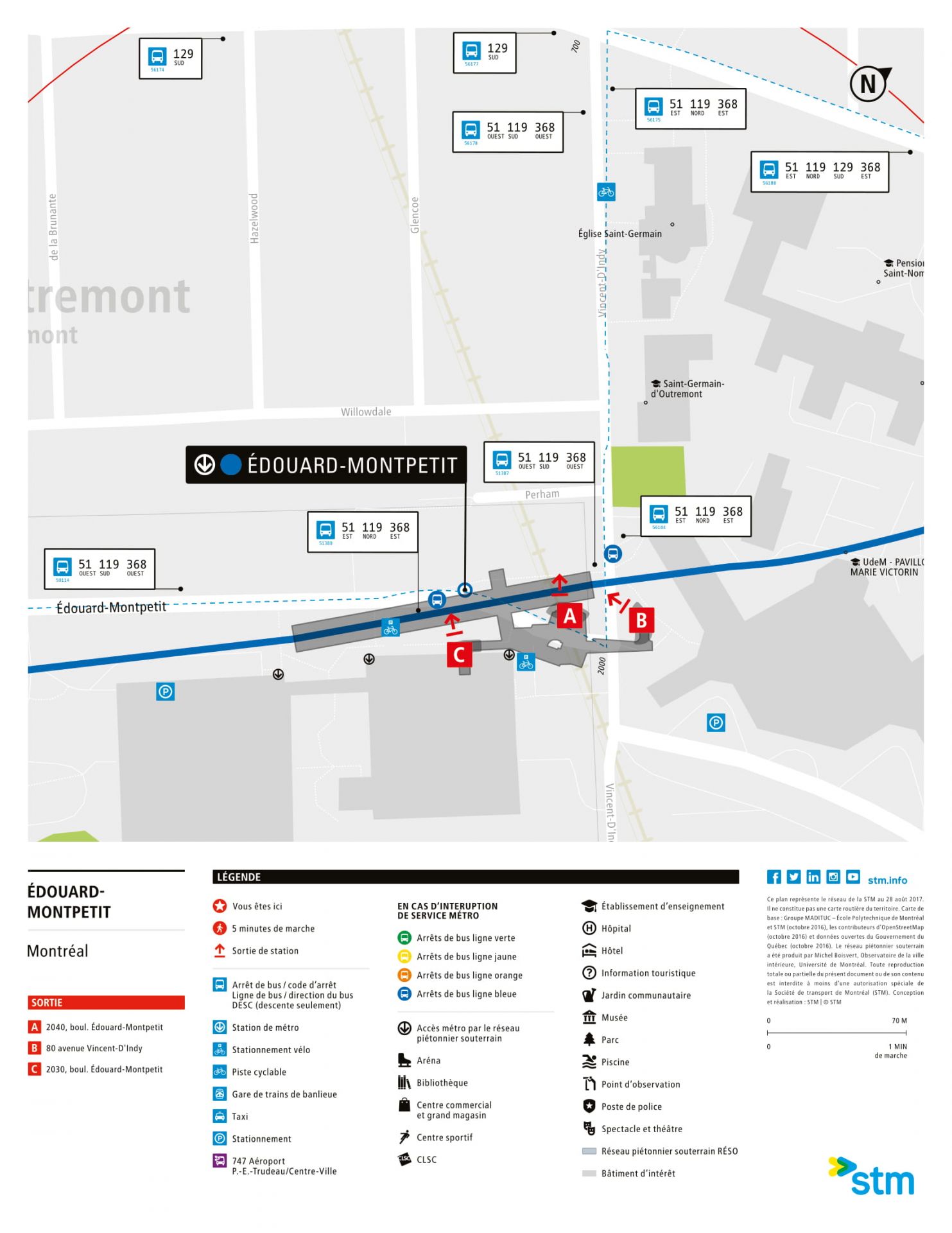 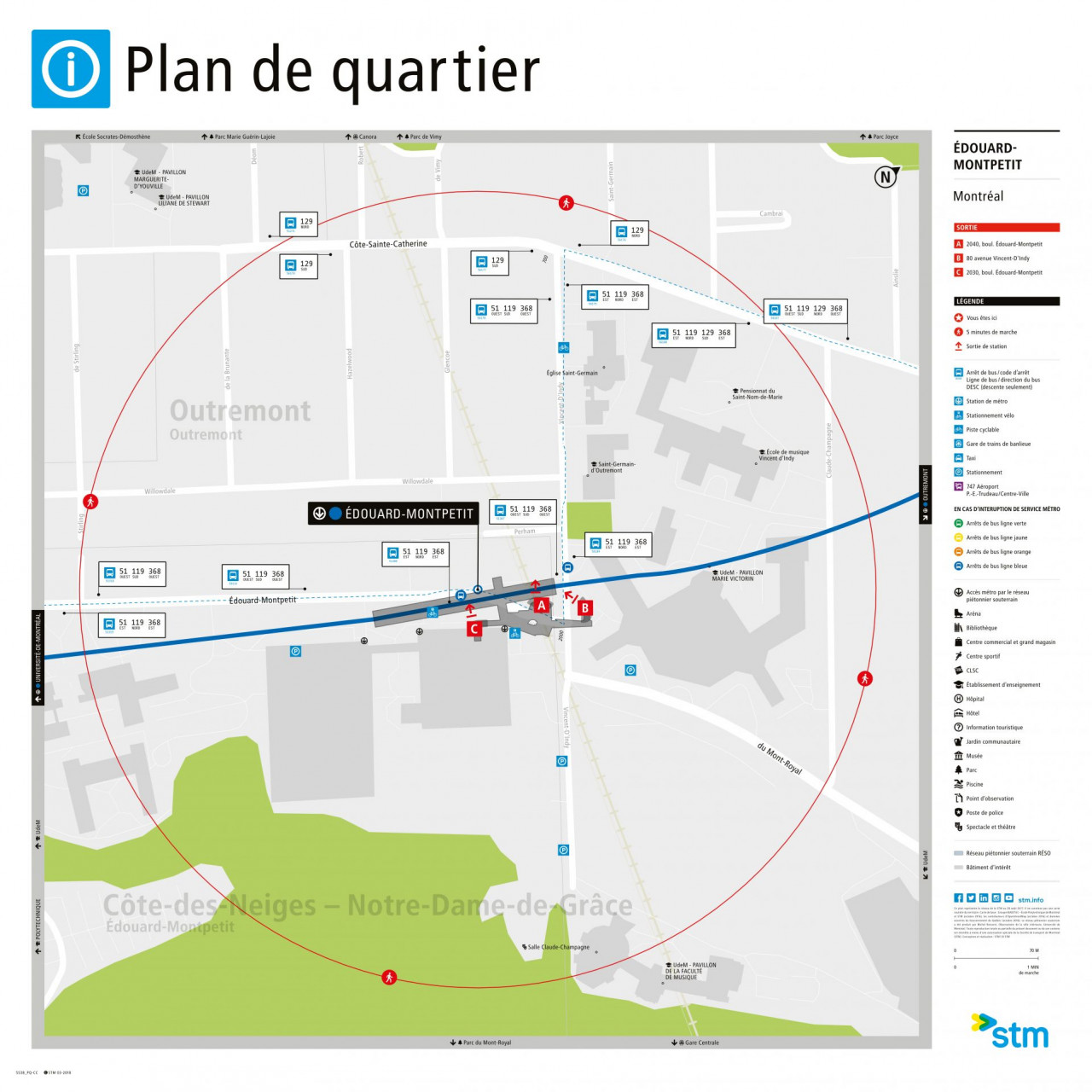 Although no official artwork is in the station, we need to highlight the work of architect Patrice Gauthier as a whole as the entire station deserves to be considered as a work of art by itself.