Saint-Michel is the eastern terminus of the Blue Line of the Montreal Metro.

The station has two entrances, at 7270 Saint-Michel and 7325 Saint-Michel. Both entrances are showing signs of the station, which are a mix of brown bricks with glass bricks. When you enter through the Eastern one (7325), you mean take the stairs or the escalators and they will lead you right to the turnstiles. No long walk underneath to reach them! Once past the turnstiles, you take another set of stairs or escalators to reach the platforms, but while on them you can admire the brown brick walls which shape the station and which have a mix of straight and curved parts. At the bottom you will be ready to take the steps that lead to the Snowdon platform, while the overpass where passengers get out is parallel to the escalators. The stairs to reach the platforms are beautifully realized in one of the curvy parts of the station.

The platforms consist again of a mixture of brown bricks and glass bricks on the walls, with the central section of each one being the exception with some lighter gray tones.

This is the only station which has platforms of 102 metres instead of 152 like all other stations. To be more specific, this station has room for 6 cars while others have room for 9. This is at the time of writing, which is 2021, but will most likely be changed soon enough for two reasons. The first one is that the Blue Line will expand to the East in the coming years and therefore it would be logical to extend the station at the same time the line is extended. The second reason is that the Azur trains are not able to split into sets of 3, 6 or 9 cars and therefore, as the plan of the STM is to have Azur trains all over the network when the MR-73 are retired, this will definitely need to be addressed. 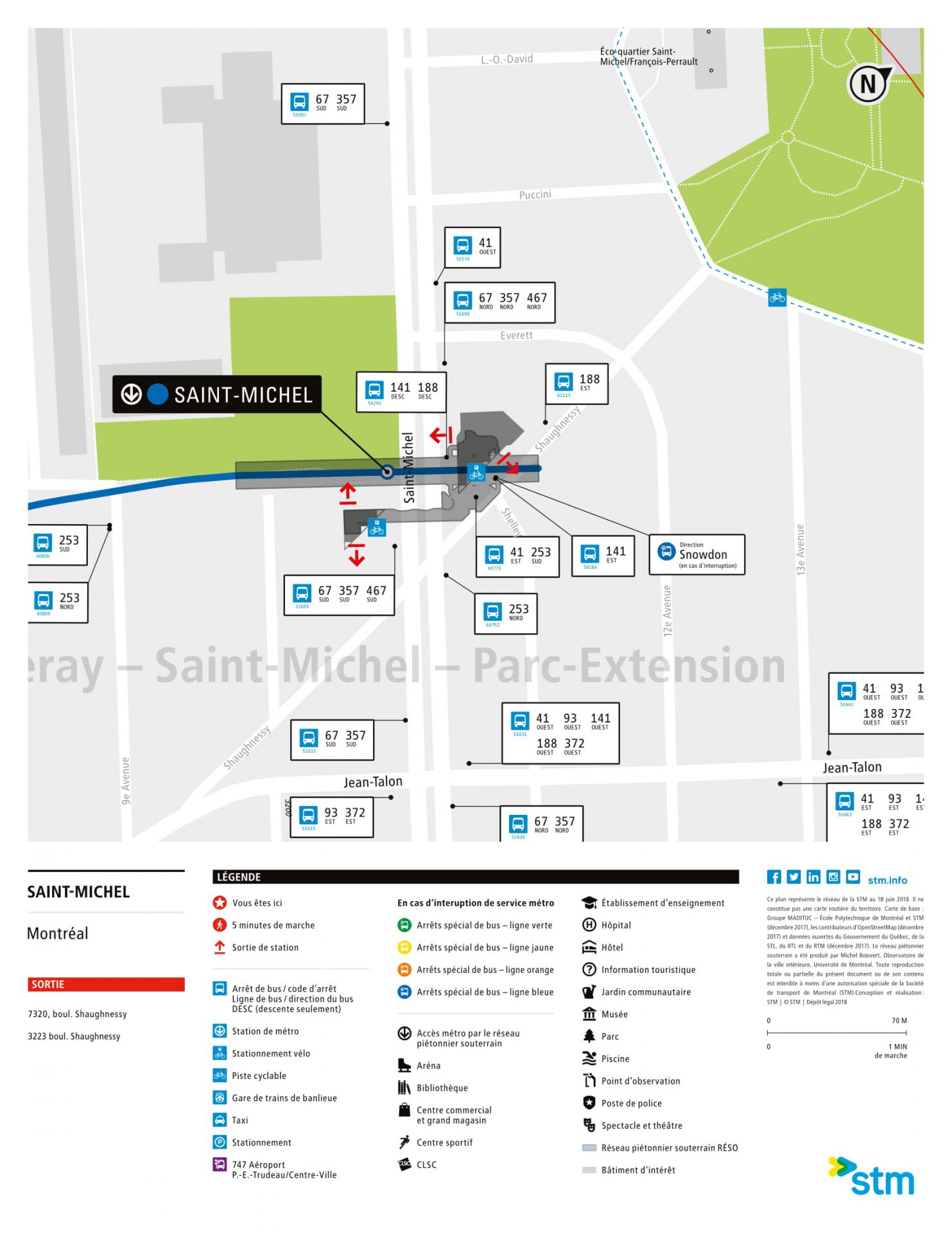 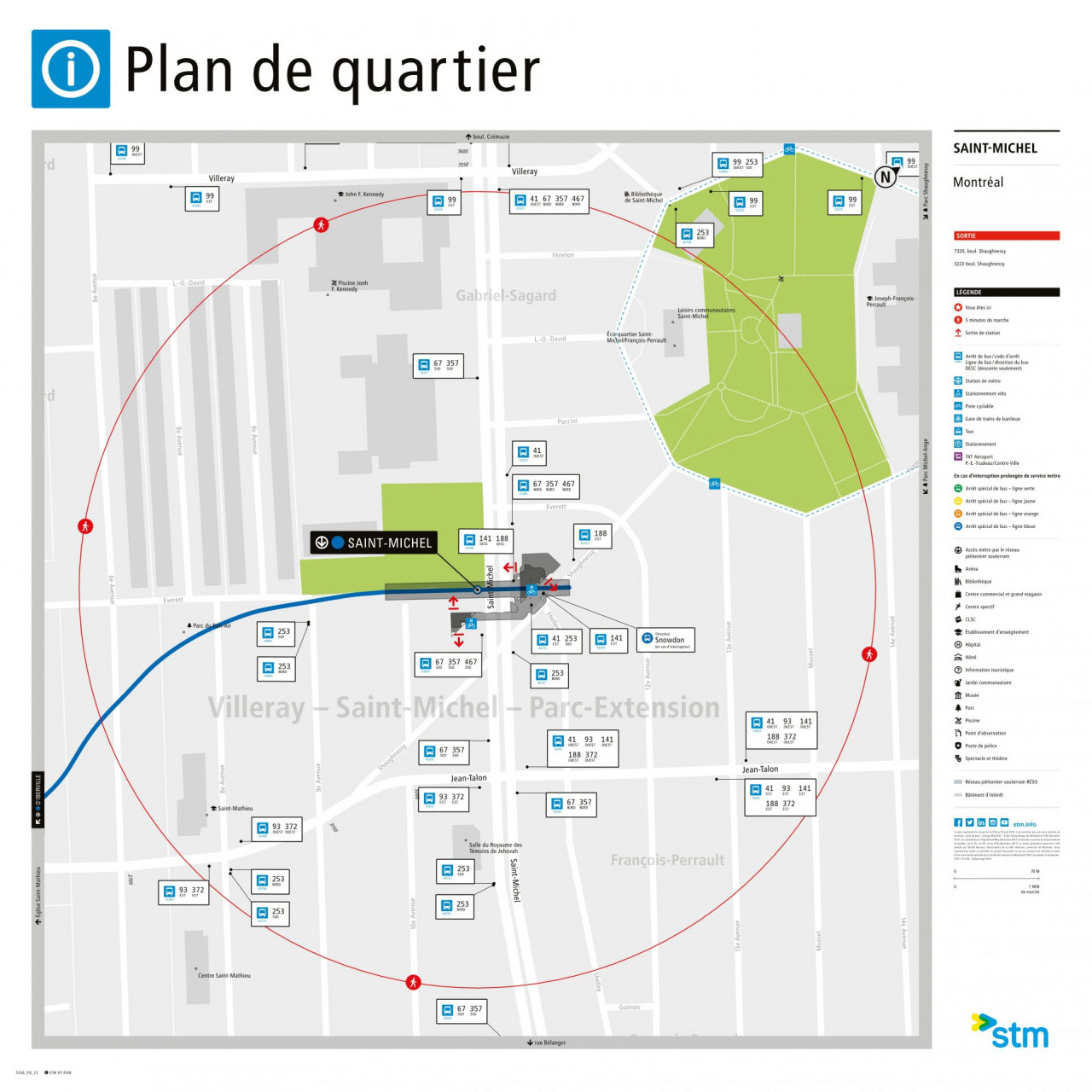 On the platforms, there are glass bricks painted by Marcelin Cardinal, Charles Lemay, Lauréat Marois and Normand Moffat. The glass bricks were used to represent the Saint-Michel neighbourhood, which also uses them.