Beaudry is a station of the Green Line of the Montreal Metro.

It was named for Beaudry street, which was named for Pierre Beaudry, who owned the land across which the street was opened. Over the last 20 years, there have been people in the LGBTQ community who have expressed their wish to change the name to Beaudry-Le Village because of the importance the Village has gained in Montreal.

The station, which is in the heart of Montreal's Gay Village, has integrated the colours of the rainbow by having a pillar in each of those colours above the only entrance, 1255 Sainte-Catherine East, which has similar windows as Berri-UQAM's main entrance. Since many of the businesses around it also have either the flag or the colours somewhere in their facade, the station fits right in with them.

As opposed to its neighbour station Berri, this one is one of the smallest as far as the overall volume is concerned. The side platforms are not deep and the ceiling is low, with the overpass being quite low, similar to Atwater. The walls are mostly beige and light brown. The station has only one ticket hall with four turnstiles next to it.

The points of interest around the station are mostly related to the Gay Village. There is Cabaret Mado, where world-famous drag queen Mado Lamotte performs, Club Unity, Campus club that serves mainly the gay community (but welcomes everyone), as well as many convenience stores, restaurants, barber shops and other businesses that aim at the general public. It is also the station to use to go to Montreal's two biggest tv studios, Radio-Canada and TVA.

Without a doubt, this has to go to the moving sidewalk, which brings people from the mezzanine to the overpass, and is unique in the network. It was integrated in the movie "C'ta ton tour, Laura Cadieux" where the star character of the movie, played by Ginette Reno, is afraid to go on it. They were chosen as the slope was too light to use regular escalators.

Also, from May to September, Sainte-Catherine street, on which the station is located, becomes close to traffic as part of Aires Libres so pedestrians can walk all over the street in this area, making this the only station that is located on a street with no traffic. 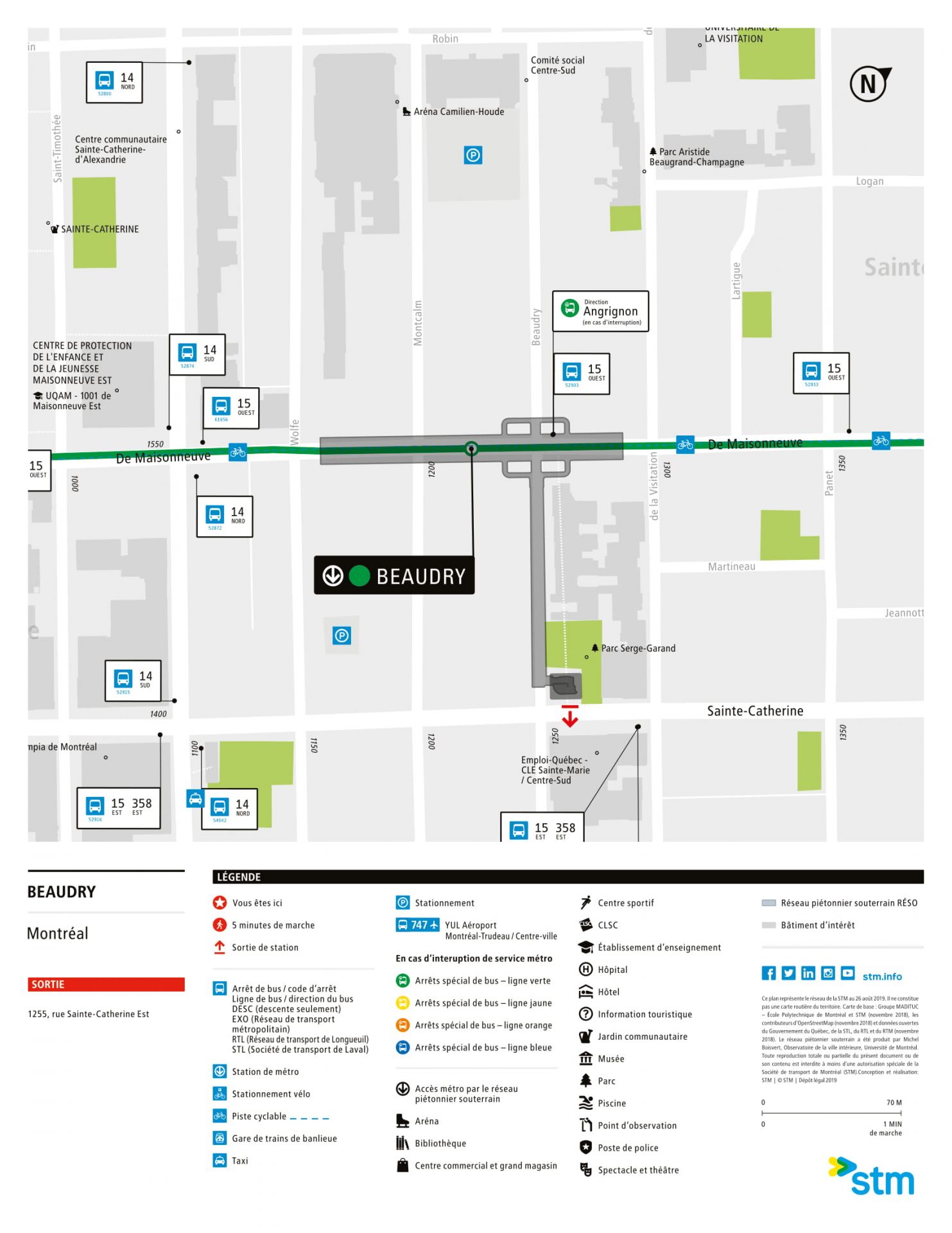 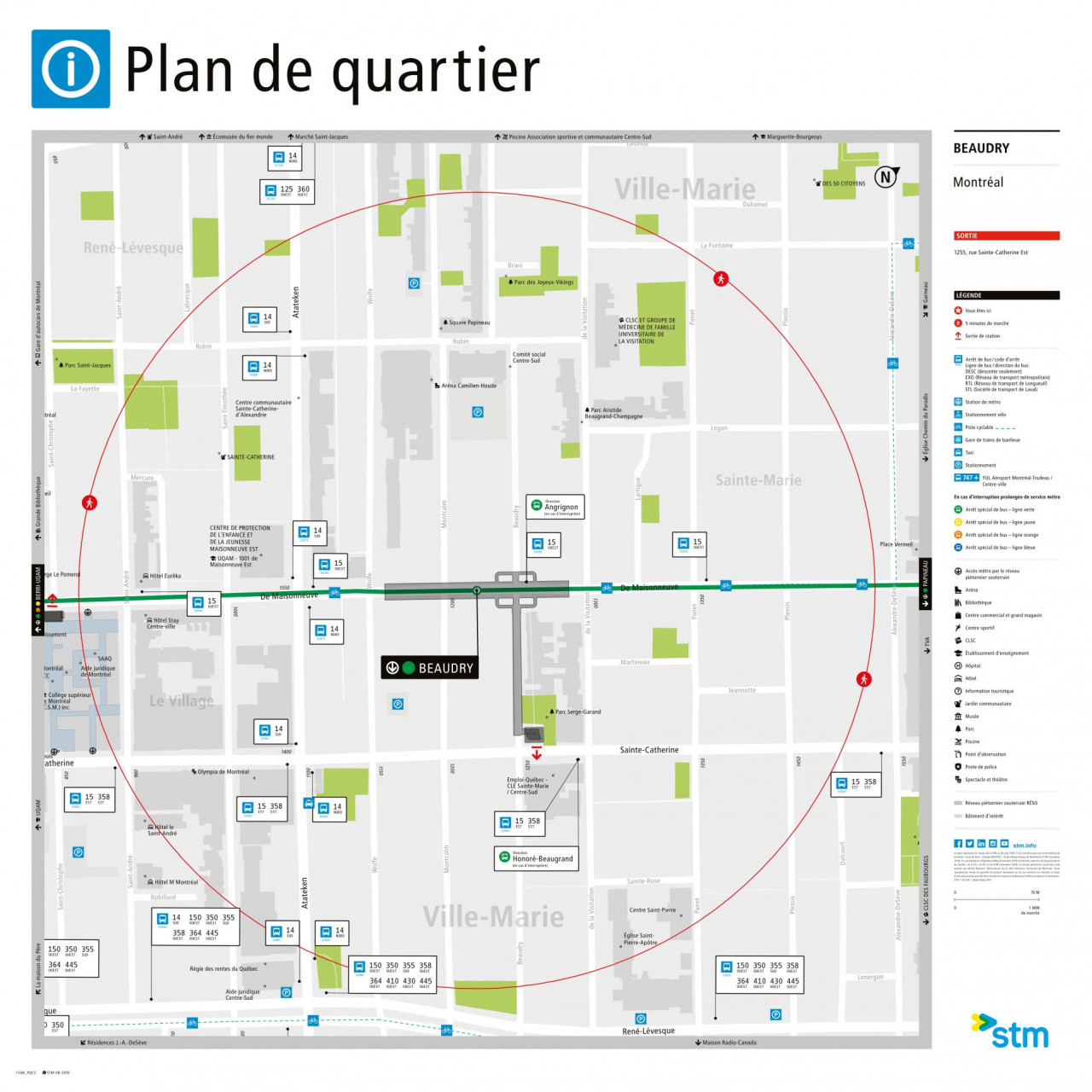 The rainbow pillars above the entrance doors are beautiful. They were made by Jacques Thibault.