Jolicoeur is a station on the Green Line of the Montreal Metro.

It was named in honour of Jolicoeur street, which takes its name from priest Jean-Moise Jolicoeur.

It has only one entrance, at 6200 Drake, and it is beautiful. It takes the shape of a large hall the size of a two storey building, with tinted windows all over. The mezzanine is very large and very practical. There are doors on both sides of the entrance and passengers who enter will quickly find their way as on one side is the convenience store and on the other the turnstiles, which quickly lead to the stairs that lead to the platforms. Like Angrignon, this station is not that deep so no escalators are needed. And, also like Angrignon, this station is receiving natural light on the platform from the mezzanine windows.

The platforms are very nice, with walls covered from grey bricks which, originally, are vertically installed. The black name bars are installed on red placeholders that add just the perfect element of color. The floor has some orange triangles pointing to the track inside black circles, even though, contrary to what may be expected, they do not point at where doors open. The benches are red, similar to those at Radisson, and the ends of the platforms on both sides of the tunnels are painted in orange. Another thing that is interesting in this station is if you look on the tunnel in the Angrignon direction, you will see a big curve and it's interesting seeing trains arrive and leave through it.

This is one of the best stations to watch trains from the mezzanine as they pass right under the floor, and with the windows all over it, it's one of the most scenic places for trainwatchers. 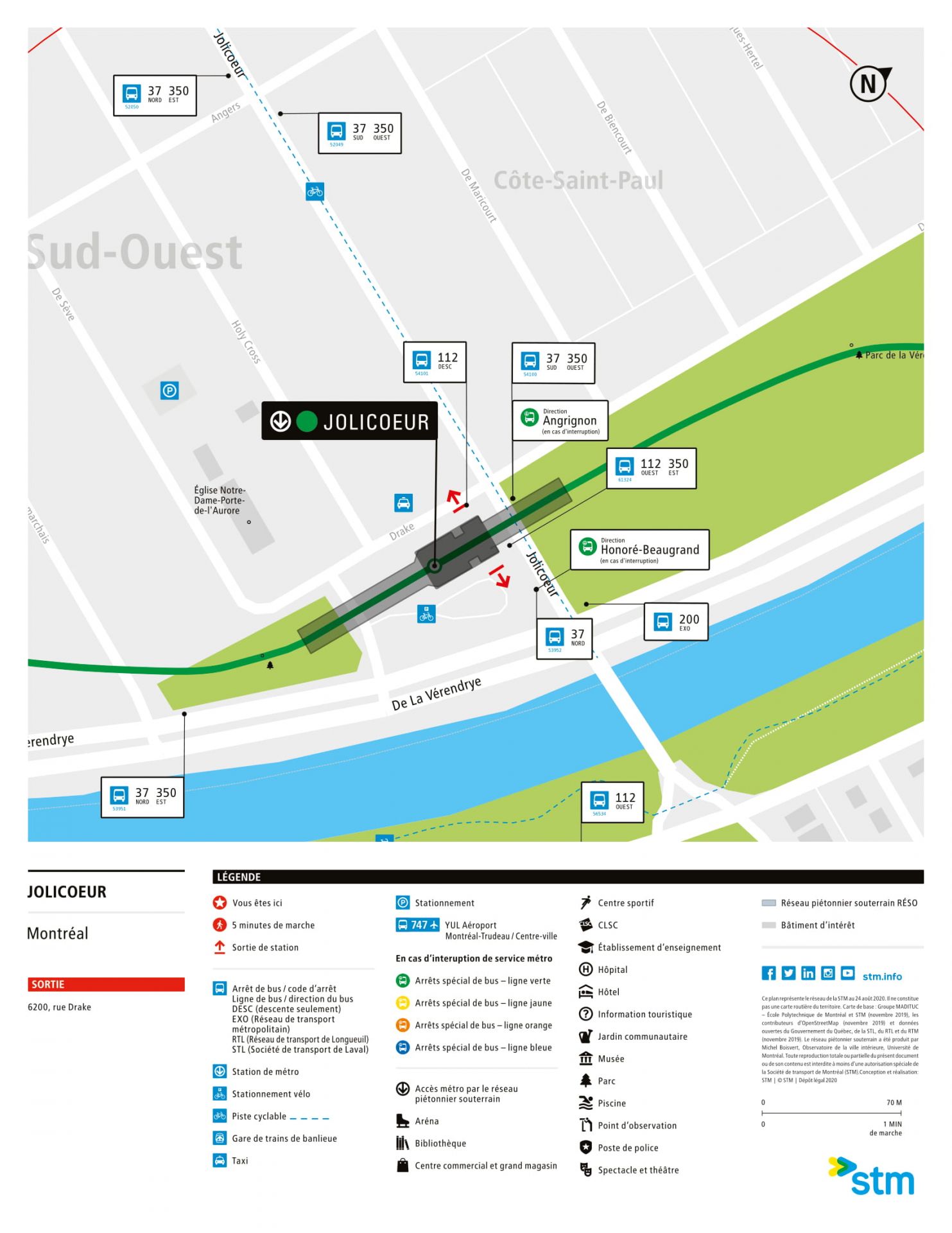 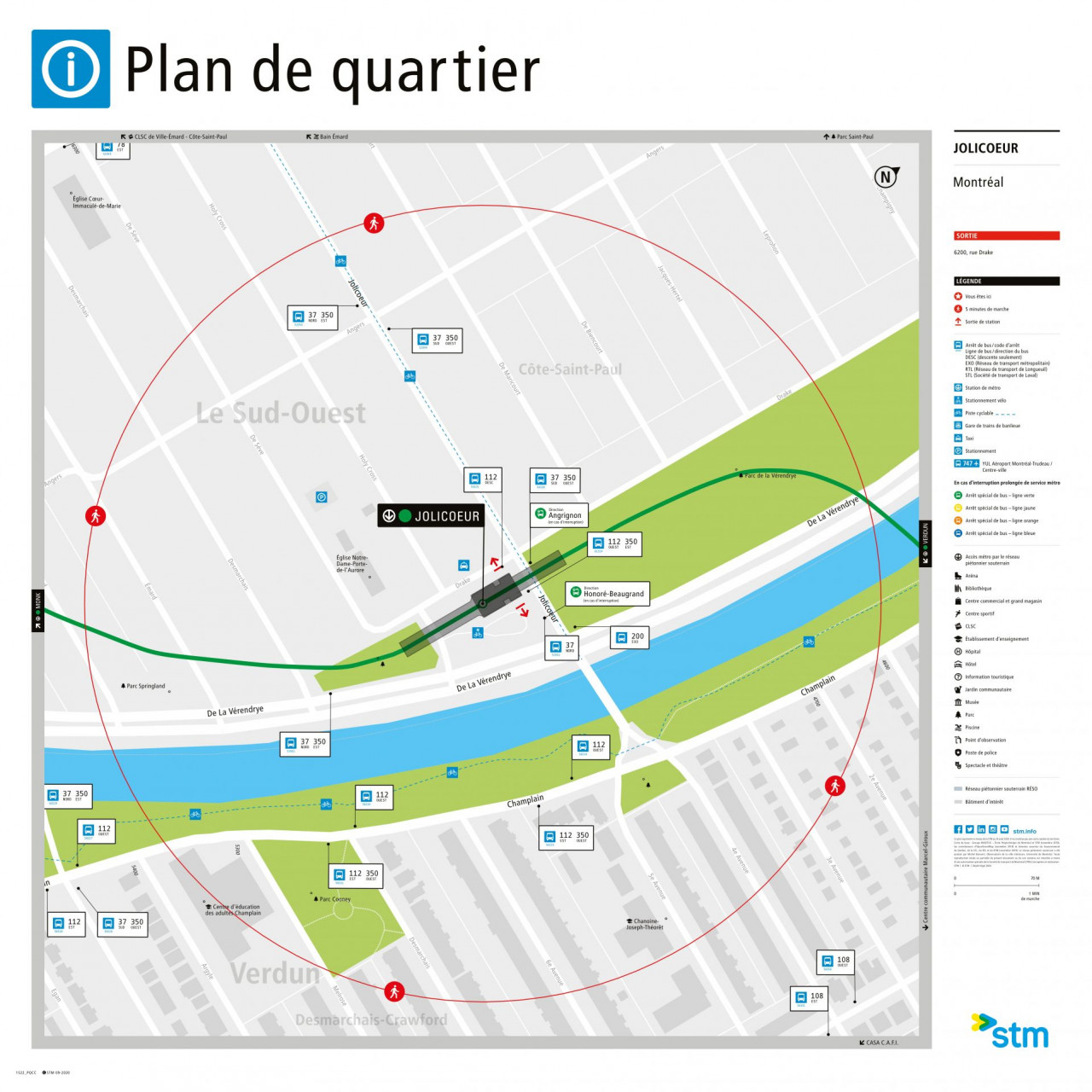 The 42 orange triangles on the floor, made by Claude Boucher (who also worked on Honoré Beaugrand station), gives this station's platform one of the best floors of the network.