McGill is a station of the Green Line of the Montreal Metro, and the most frequented of all stations on the network.

It was named in honor of McGill University, which got its name from its founder, James McGill.

The station has two side platforms.And while most stations of the network are easily recognizable over the years, this one has changed colors many times over the years.Its original colors were orange pillars with yellow on the walls.In the 90s, the pillars were changed to green and the station also had shades of burgundy.But then an advertiser which had orange as a primary color of its brand took the majority of the advertisement in the station and had the pillars change back to orange.After this sponsorship ended, the pillars were changed to white as part of another company's advertising campaign.Today, the pillars are in red, which is the color of McGill University.

The station is the busiest of the network due to its downtown location and direct access to many shopping landmarks including Eaton Centre, The Bay and Place Ville-Marie.It also gives access to Montreal Underground.McGill University's 40,000 students also add to the many passengers of the station.Other places of interest in the areas are Musée Grévin and Royal Victoria Hospital.

There are several stores inside the station, including coffee shops Tim Hortons and Second Cup as well as gift shop Carlton Cards and Scotiabank, in addition to 2 pizza shops.

As well as being part of Montreal Underground, this station used to have a library until 1996.

This station was also featured (along with Beaudry) in "C't'à ton tour, Laura Cadieux", a 1997 Quebec movie. 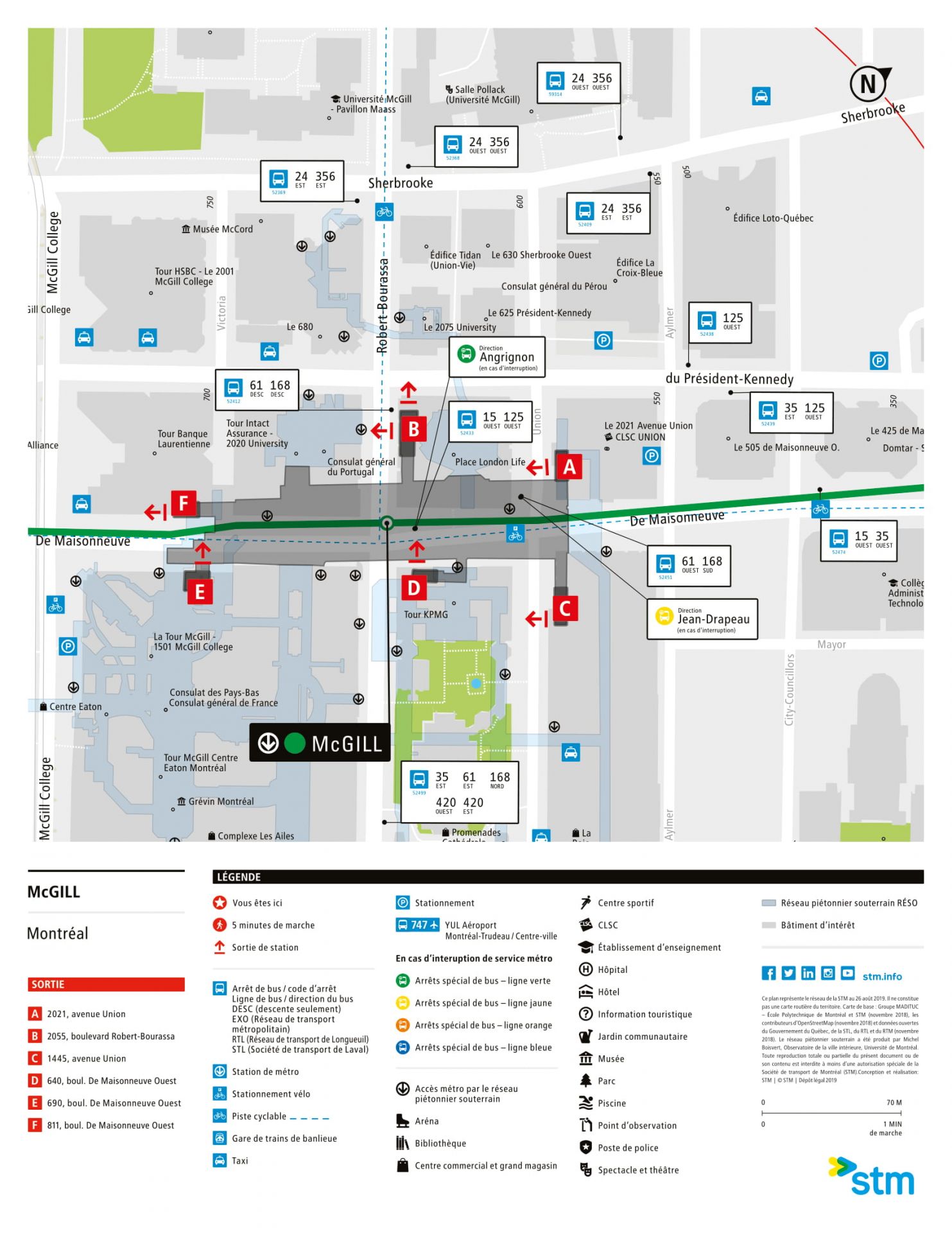 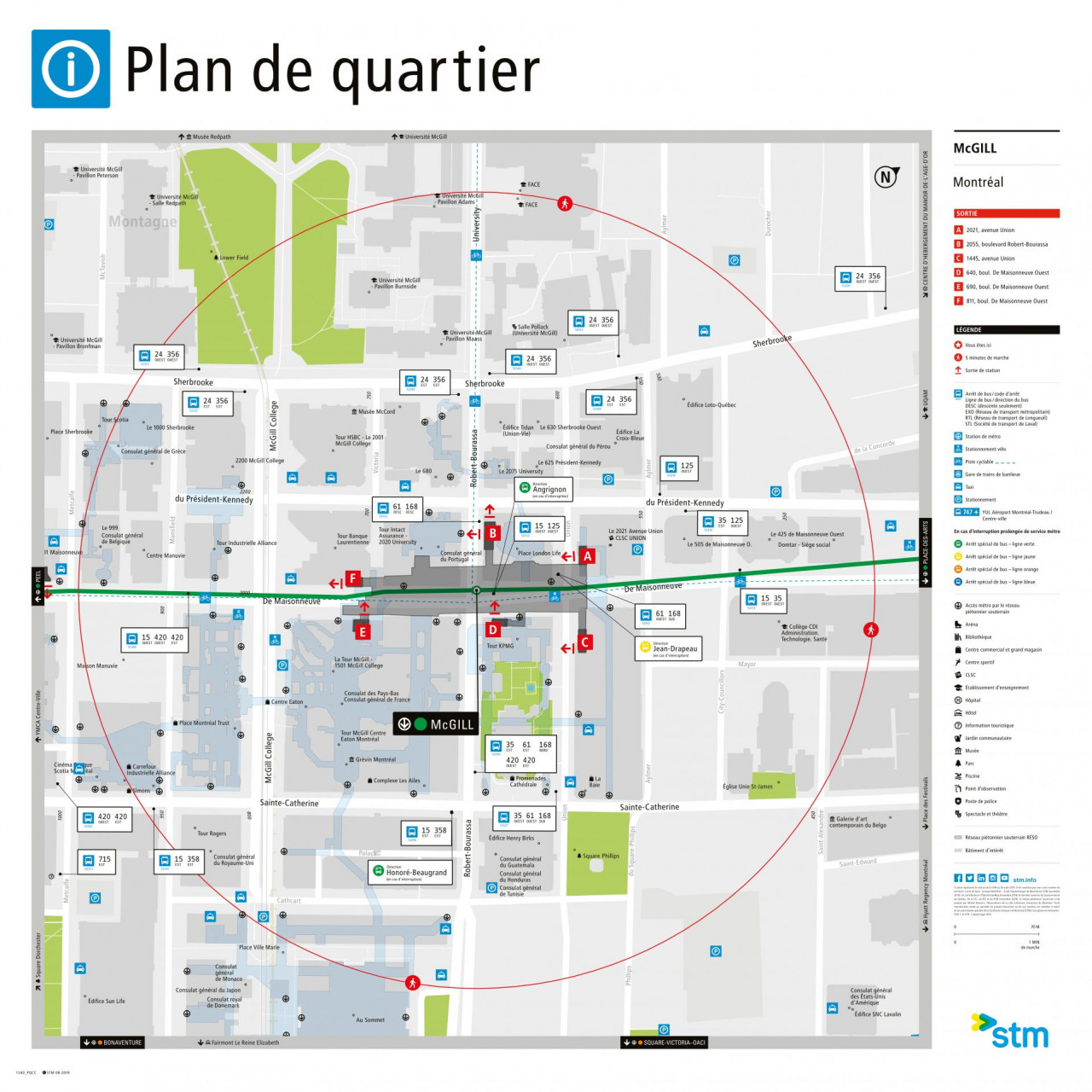 In addition to the pillars, there are 5 stained-glass murals made by Nicolas Sollogoub, that were donated by Macdonald Tobacco.