Monk is a station on the Green Line of the Montreal Metro.

It has two entrances, 6805 Monk and 6750 Monk. Both are similar, in beautiful dark brown bricks. The entrances are relatively small compared to other stations of the network, but once you enter, you can quickly see how vast the station is, and also that the beautiful brown is a theme of the station. The view from the escalators is beautiful and it gives another chance to see how vast and majestic this station is. The walls at the bottom are, contrary to the rest of the station, grey. At the left of the escalators is the convenience store.

The platforms are completely brown from the walls to the floors. The colours are beautiful yet somehow when you look closely the walls show their age.

The bricks on the entrances integrate the Metro's logo. Also, the volume of the mezzanine is the equivalent of four levels. 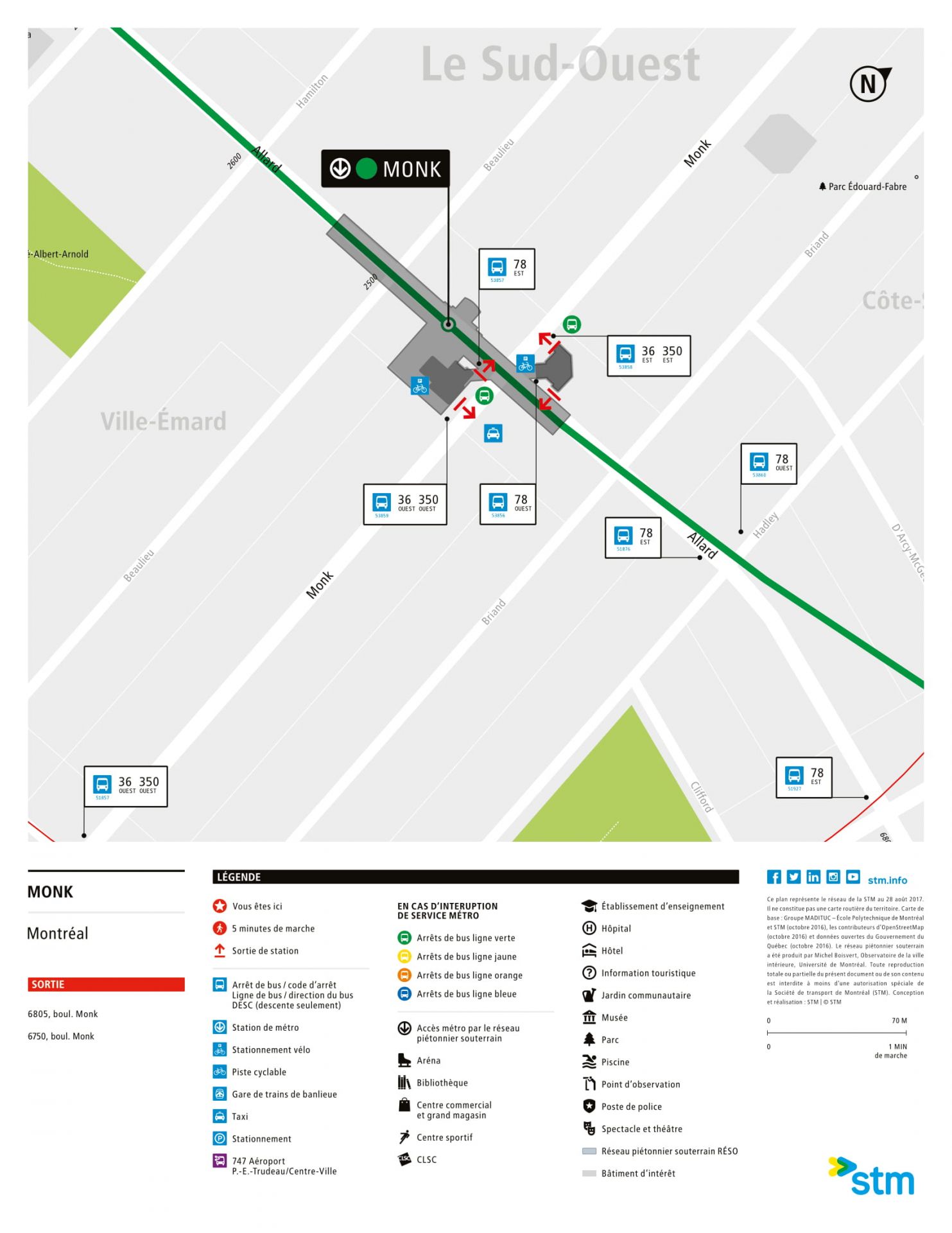 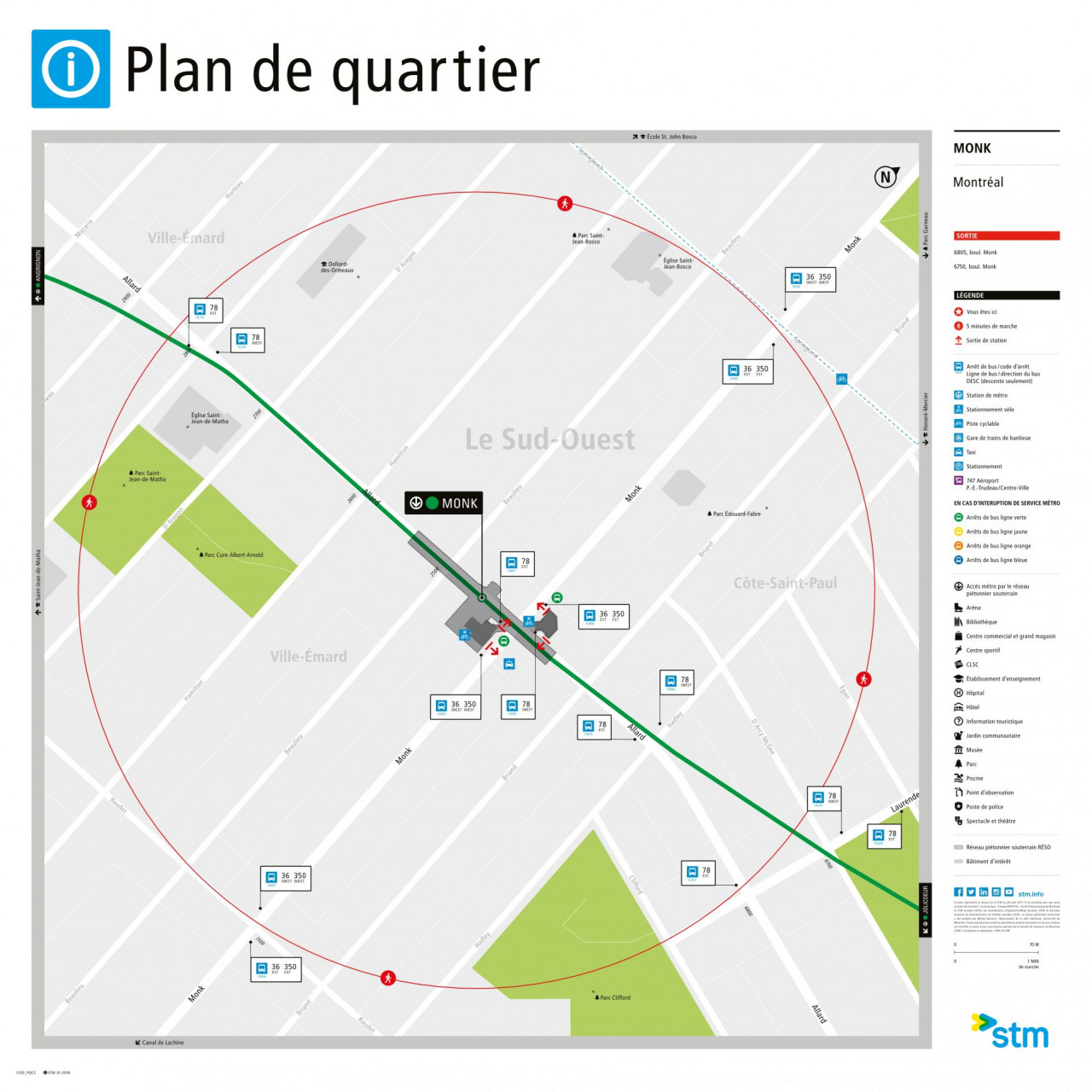 Germain Bergeron did sculptures in painted steel called "Pic et Pelle", which is located on the overpass. It is an honour to the workers who built the metro.