Peel is a station of the Green Line of the Montreal Metro.

Its name comes from Peel Street, which was named in honour of Sir Robert Peel, who was twice Prime Minister of the United Kingdom.

The station has two side platforms.The main color of this station is white, and the theme of the station is circles. There are many on the walls all over the stations. With many of these circles being bright colors on a white backdrop, this gives the station plenty of light and makes it animated no matter the time of day. The walkway over the track is very low and you can feel the wind made by the trains much more when you walk there than in other stations.

This station sees many passengers use it on a daily basis due to its downtown location and proximity to many shopping malls including Les Cours Mont-Royal, as well as Ogilvy's and Holt & Renfrew stores, as well as Sainte-Catherine and Crescent streets.

There are four official entrances to this station: Peel West (1115 de Maisonneuve), Peel East (1011 de Maisonneuve), Metcalfe Street (1008 de Maisonneuve) and Stanley Street (1465 Stanley).However, it is part of Montreal Underground so it is easy to enter it from a few points of access underground.

As well as being part of Montreal Underground, this station is special because it is the shortest distance between two stations (with McGill). The proximity is so close that when a train stops at McGill, you can hear it from Peel. 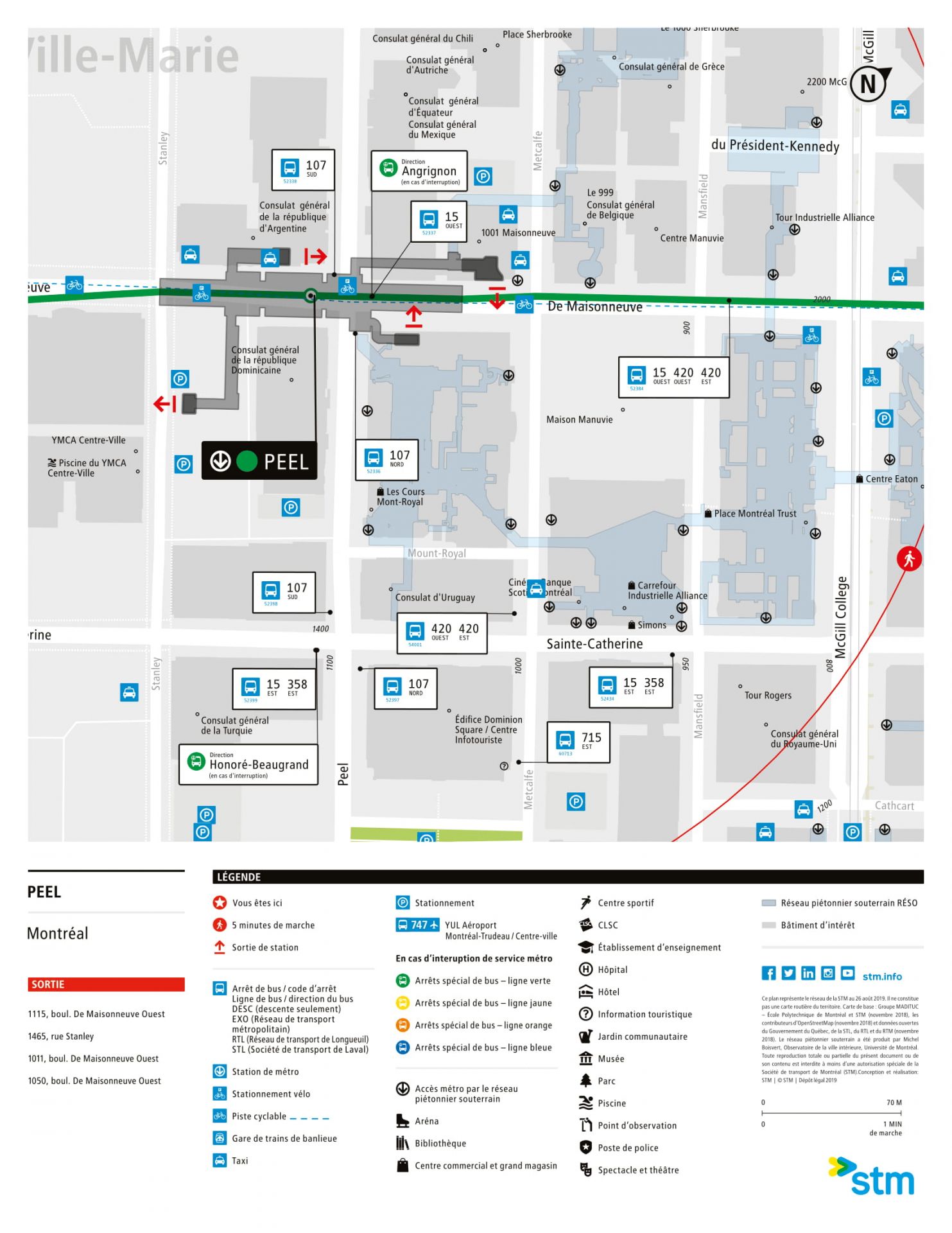 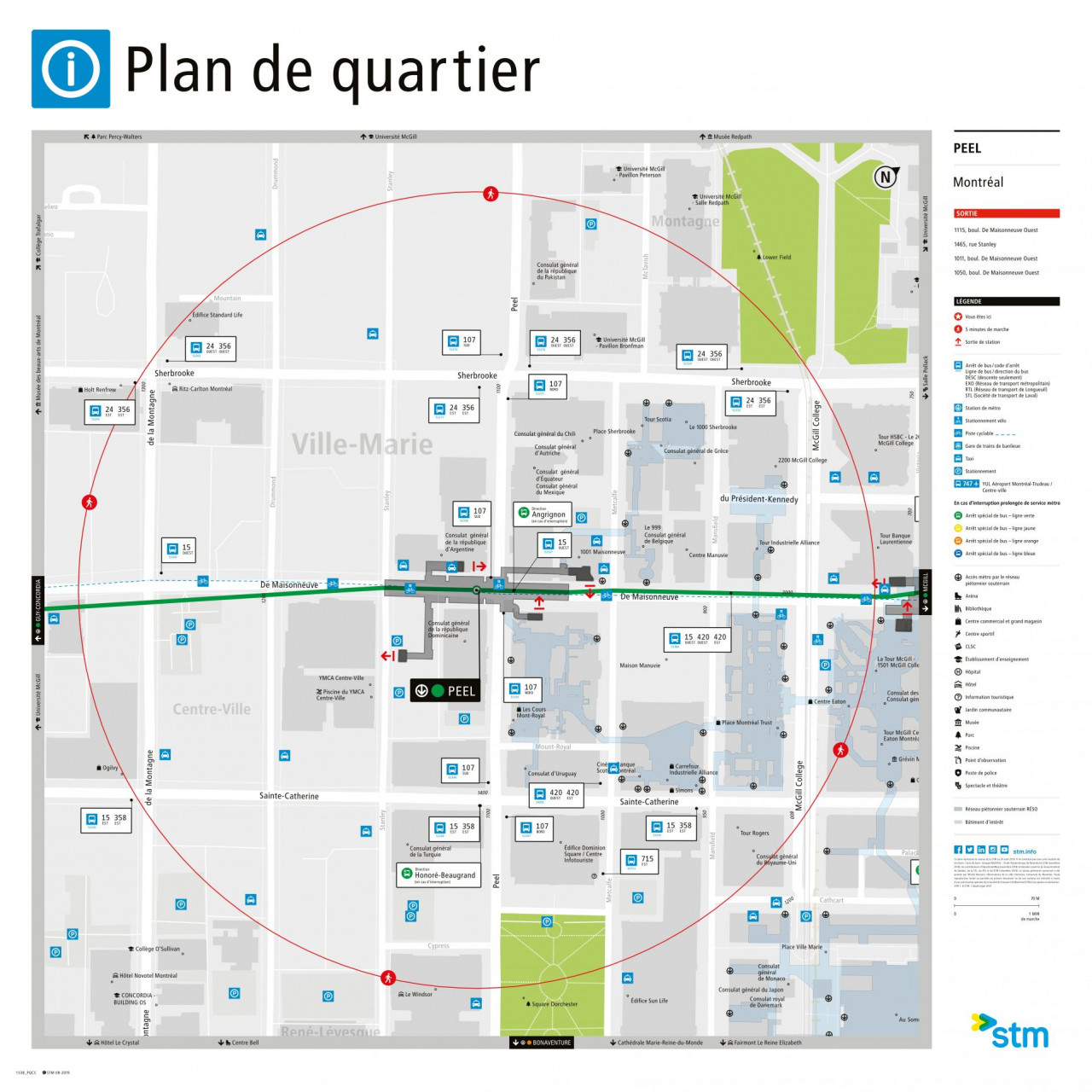 Jean-Paul Mousseau did 54 large circles made by Jean-Paul Mousseau throughout the station.Today, 37 remains.They are integrated everywhere, with bright circles next to advertising panels, as well as ceramic circles in one entrance, as well as circular tiles on the floor and walls.Mousseau also did work at 3 other stations: Viau, Honoré-Beaugrand and Square-Victoria-OACI.