Radisson is a station on the Green Line of the Montreal Metro.

It was named in honour of Radisson street, which was named for explorer Pierre-Esprit Radisson.

The station has two entrances: The northern entrance at 7155 Sherbrooke East and the southern entrance at 7250 Sherbrooke East. The entrance buildings are relatively small and the majority of their surface is covered with windows. The space in which they are is relatively quiet as opposed to other subway entrances, especially the one with the bus stop. Once you enter the northern entrance, it has some stairs that lead to a corridor that will bring you to the concourse, which is just next to the southern entry. A convenience store is situated just before the turnstiles. Once you pass the turnstiles you go through escalators that will bring you to the overpass, and as you go near the bottom of the stairs you can have one of the best views of the tracks that are just in the centre.

The view from the side platforms is magnificent. The benches are red, and if you look up you can see the escalators and the lights, which are suspended from the ceiling in black lamp shades.

The points of interest are Place Versailles mall as well as Institut universitaire en santé mentale de Montréal. Also, the 44 bus will quickly lead you to another mall, Les Galeries d'Anjou.

The view from the overpass is definitely special.

The station was featured (along Lionel-Groulx) in the movie "The Jackal", where the station was arranged to pass for the Capitol Heights station in Washington, D.C., despite the fact that any metrophile would easily recognize that those stations are not similar at all, mainly because Capitol Heights has an island platform, yet the colors and architecture of both stations are still two worlds apart. 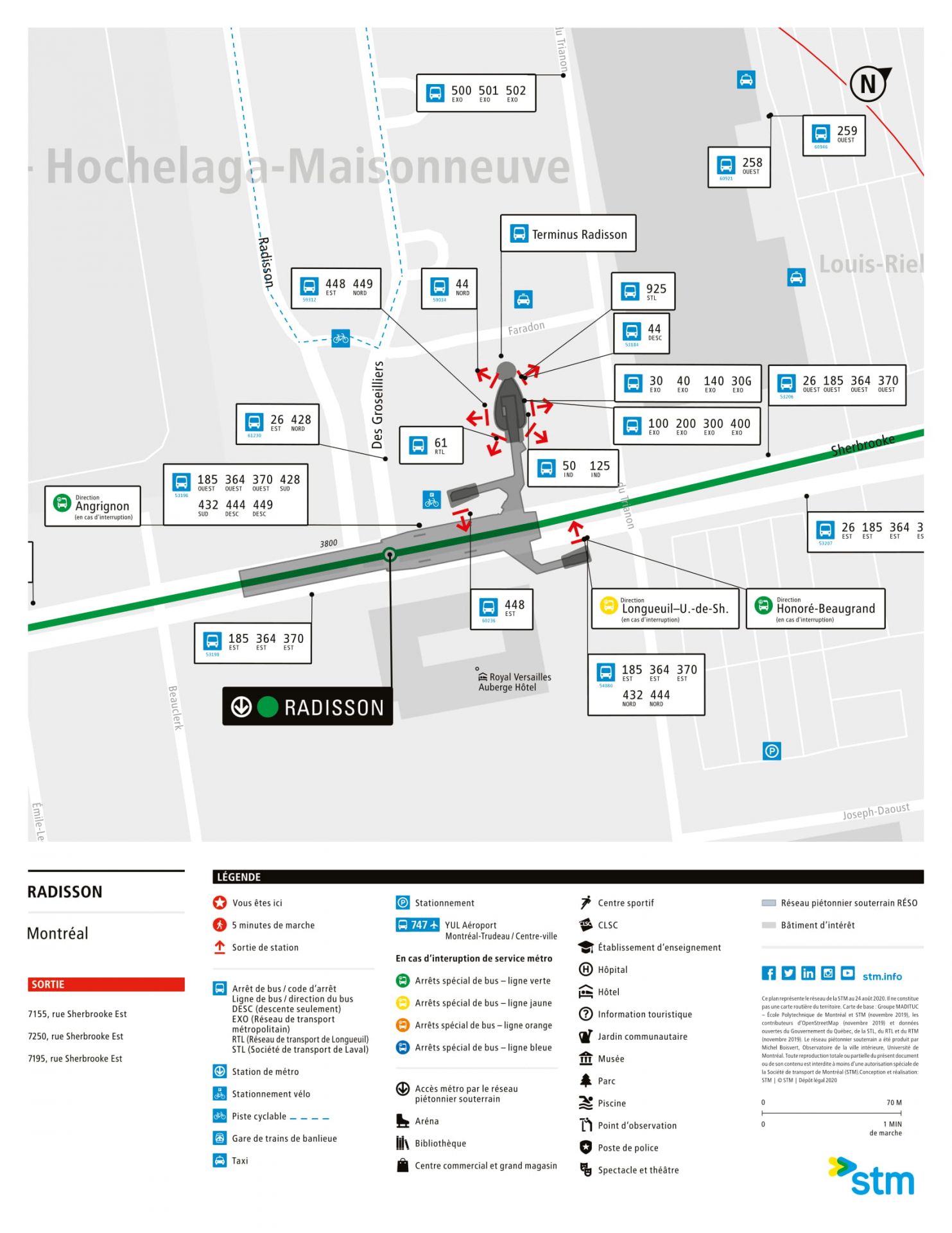 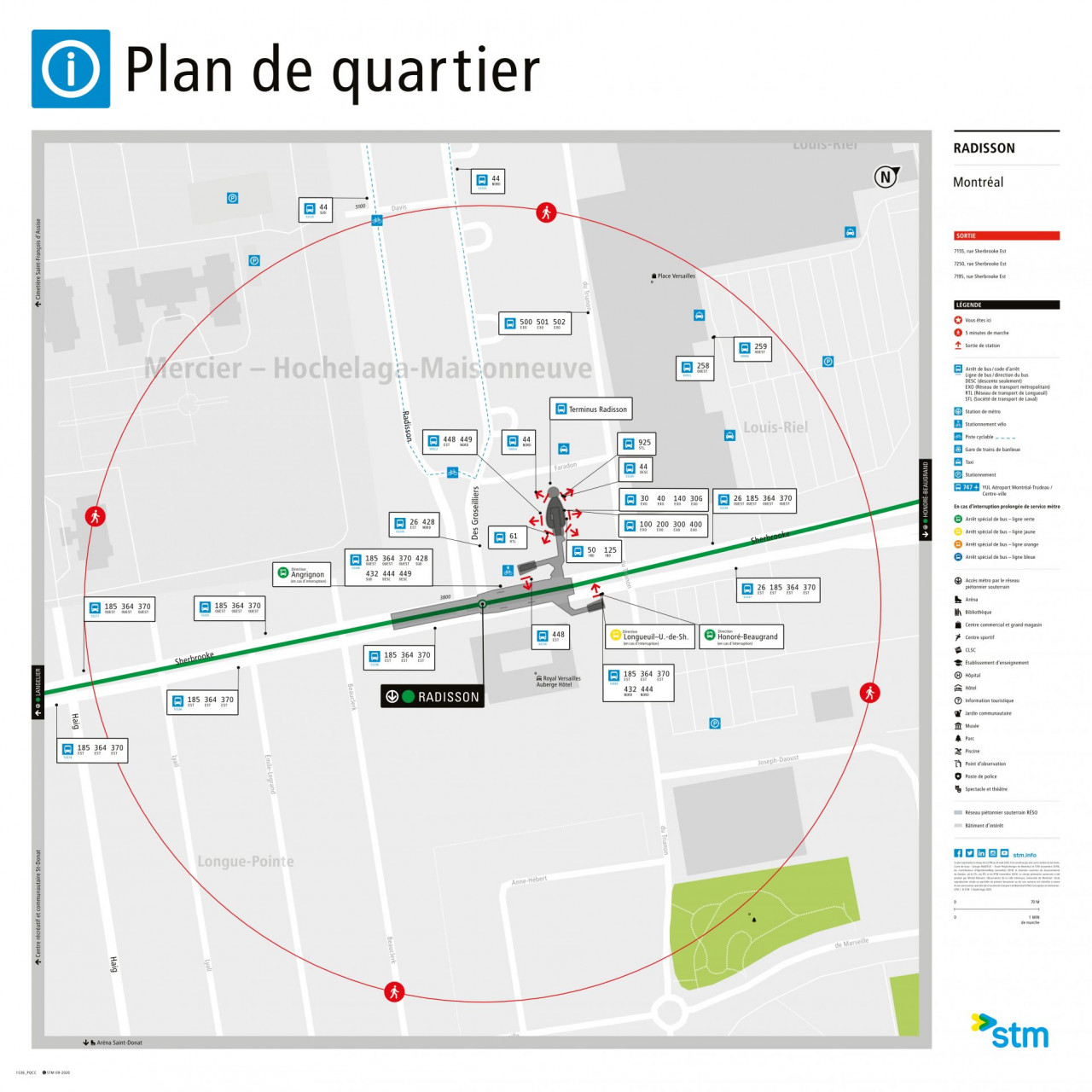 It is ironic that one of the most beautiful stations of the network doesn't have a dedicated specific work of art, yet the architecture of the station, made by Papineau, Gérin-Lajoie, Le Blanc and Edwards, is a work of art in itself.