Verdun is a station on the Green Line of the Montreal Metro.

The station has two entrances, 4525 Verdun and 4520 Verdun. Both entrances are in a black tone and have lots of tinted windows similarly as neighbouring station Jolicoeur.

Once you go in, you will take two sets of stairs or escalators to reach the ticket barriers. While on the first stairs, you will get to see grey walls with purple and orange motif lines which look nice. The second ones have yellow barriers at the right which also look nice and match the bars that hold the lights suspended from the walls. At the bottom of those stairs, you reach the concourse where the walls are a lighter grey and the same style of lines than upstairs are recreated but this time in purple and gold. Looks good again. You then have the ticket barriers and when you pass through, you reach what could be qualified as a balcony as it gives access directly to the track and platforms, which is ideal for train spotting. Stairs will lead you to both platforms who have the same matching lines than in most of the station, again purple and gold. The floors are made of white tiles.

The station has forced perspective over the platforms and tracks as the ceiling is lower on the Western side of the station. 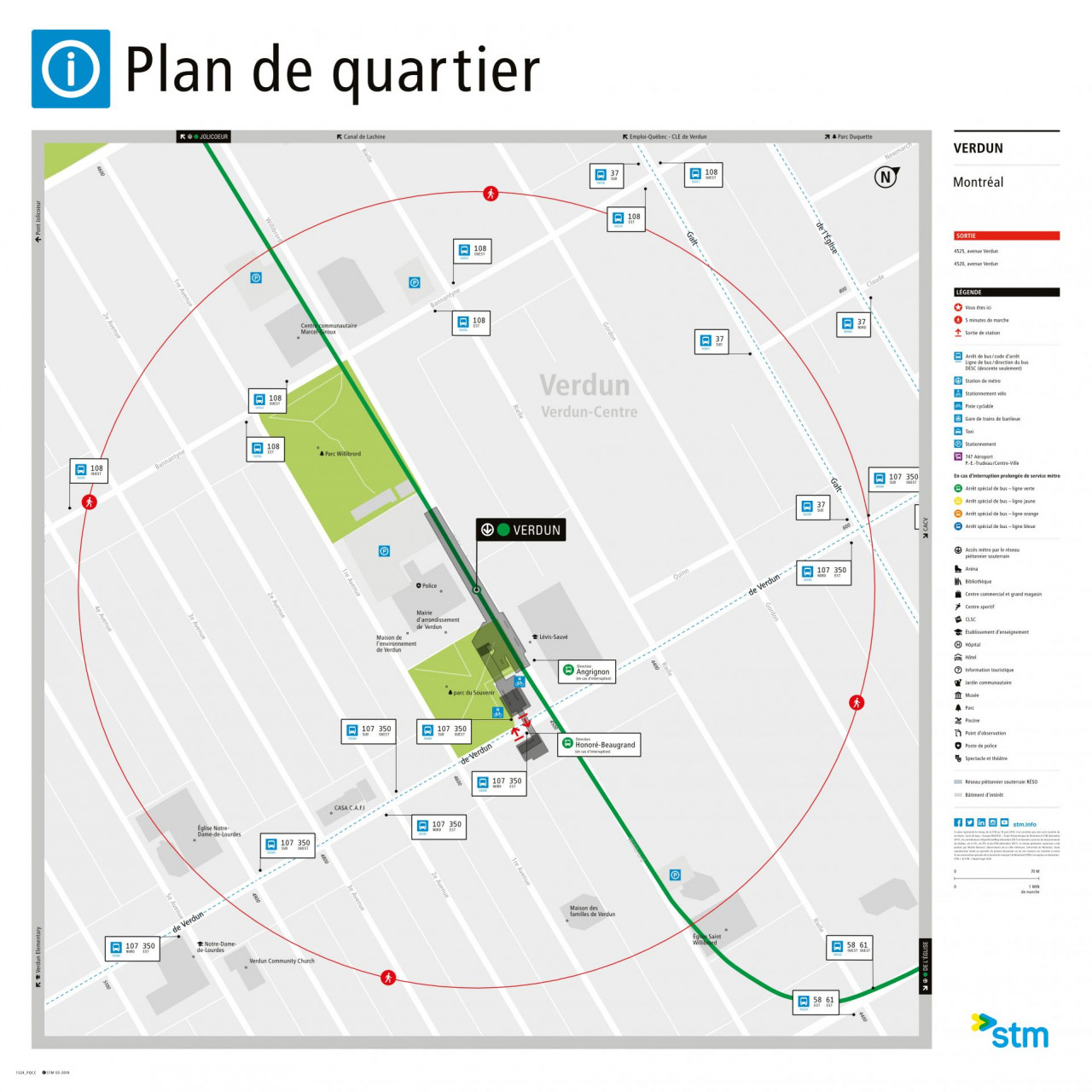 Antoine Lamarche created 'Bas-reliefs', which are lines on the upper part of the concrete walls of the station. Since the lines are in all kinds of directions, it creates an original pattern, on which is added the yellow bars which hold the lights, creating a nice overall result.