Bonaventure is a station on the Orange line of the Montreal Metro, and its original Western terminus from its opening in 1966 until the extension that made several stations rotate as terminus, from Place Saint-Henri in 1980 to Côte-Vertu, which is the terminus since 1986.

It was named in honor of Place Bonaventure, which is an office complex and hotel.

Due to it being in a busy downtown sector, which also includes the Montreal Central Station which is the terminus of the intercity trains, the entrances are all integrated into buildings. The one just in front of Windsor Station, the former train station that is now transformed into a food complex, is also stairs directly on the sidewalk that reminds us of many American and European stations.

The mezzanine is very vast and grandiose. It has vaults which are beautiful. The lights suspended from the ceiling are also spectacular. Any visitor who arrives in Montreal from the train will have the impression they are still in the train station due to the ancient but classic architecture.

The station has two side platforms that are also beautiful in addition to being quite large, which is practical for the travelers who have luggages. The same style of lights from the mezzanine also are present on the platforms. They bring a nice contrast to the darkness created by the brown color tone of the platforms.

The many point of interest are the Montreal Central Station for trains, the access to Montreal Underground, the Mary, Queen of the World Cathedral, Windsor Station, the Chateau Champlain hotel, the 1000 de la Gauchetière complex, Place Bonaventure and Place Ville-Marie complexes, as well as the headquarters of the STM.

This station is connected to the intercity train station which makes many travellers enter the Montreal Metro through it. The station also connects with commuter rail as well as buses from Longueuil. 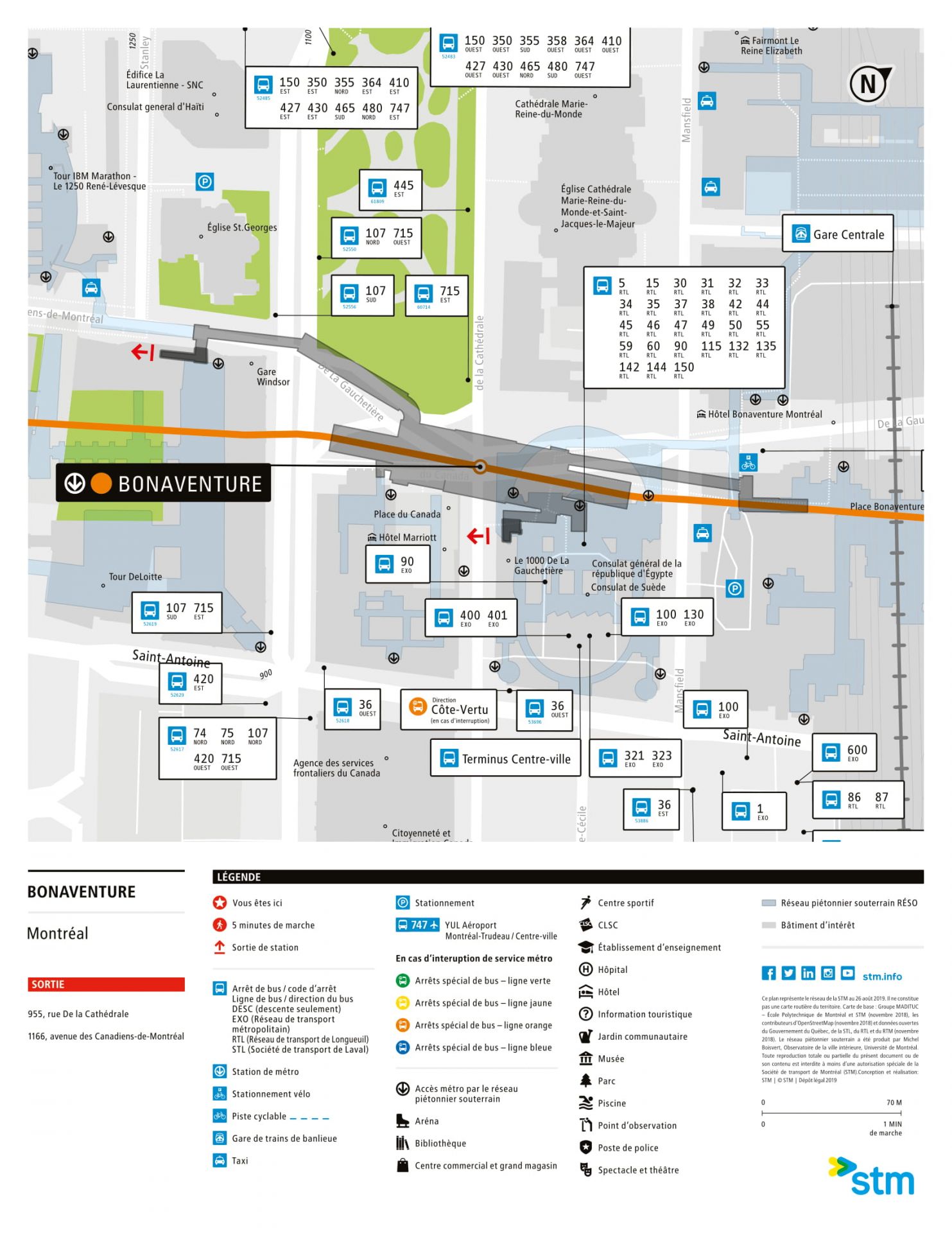 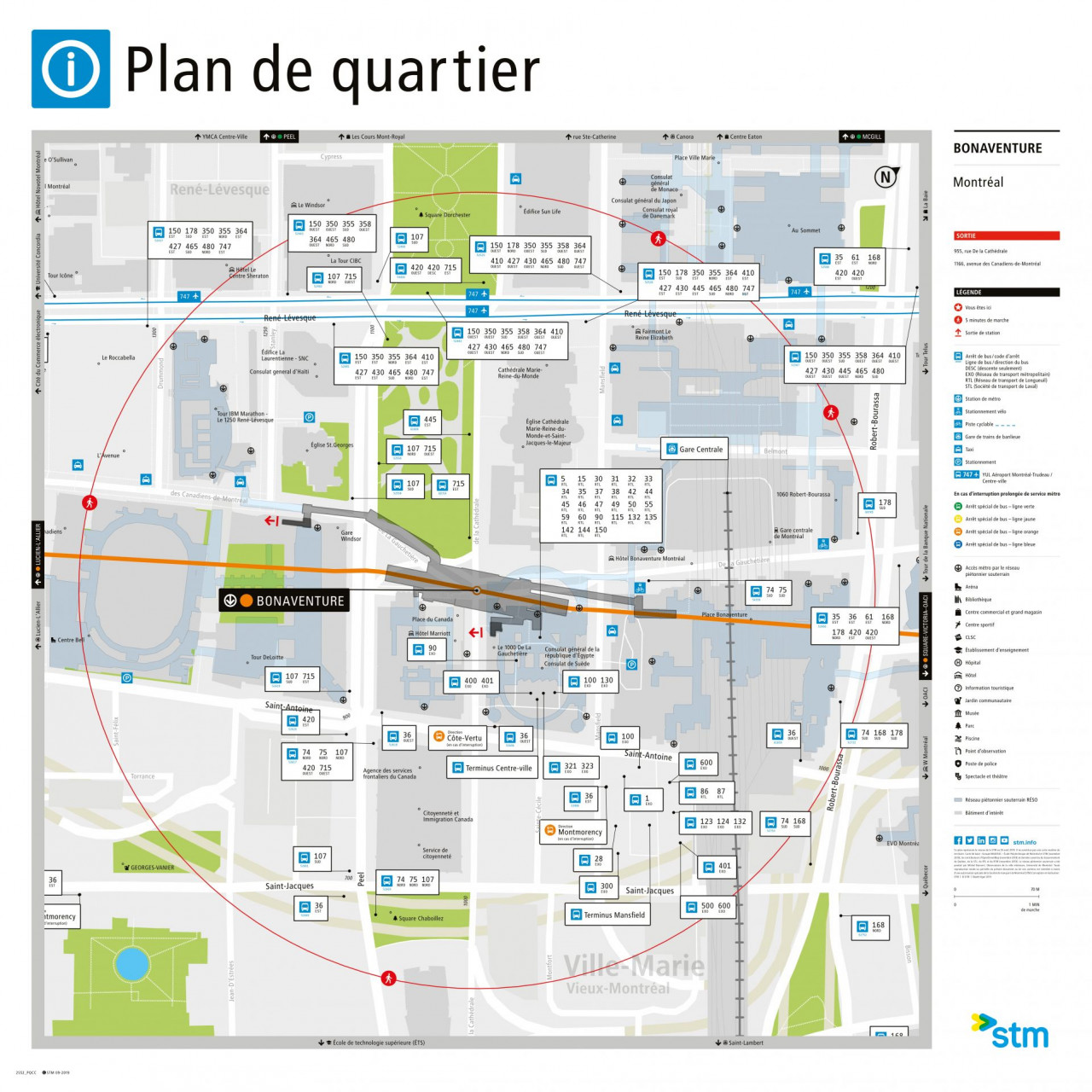 The lights (and everything that holds them) are probably the biggest piece of art. The entry via Windsor Station is also beautiful architecture, just like the mezzanine. This station proves that despite not having specific prices of art, it is more than beautiful.