Henri-Bourassa is a part-time eastern terminus of the Orange line of the Montreal Metro.

The station has four entrances: 10670 Berri, 575 Henri-Bourassa, 590 Henri-Bourassa, and 10765 Lajeunesse. The station is relatively large, which can be useful for a terminus as it's easier to clear the platforms once everyone exits a train, especially since many of them will then board many different buses of either the STM or STL.

Most of the station is built with motifs of brown bricks that are nice to look at. That section was built in 1966 but in 2007 when the Laval portion was added to the Orange line, a 3rd platform was built, which makes the original side platform in use for trains still using the station as terminus and all trains going in Côté Vertu direction. Trains who go to Montmorency use the new platform that is by itself at the right the Montmorency platform, yet separated by a wall, with trains opening doors on the left side. The new platform is much more modern, with stainless steel and grey color tones.

Points of interest are Parc Ahuntsic (including Gary-Carter baseball stadium) as well as another park, Ile-de-la-Visitation.

This is the only single-line station to have three platforms. Also it is the only station to be a part-time terminus, as when the extension to Laval was made, it was decided that during rush hours, some trains would still use Henri-Bourassa as terminus. 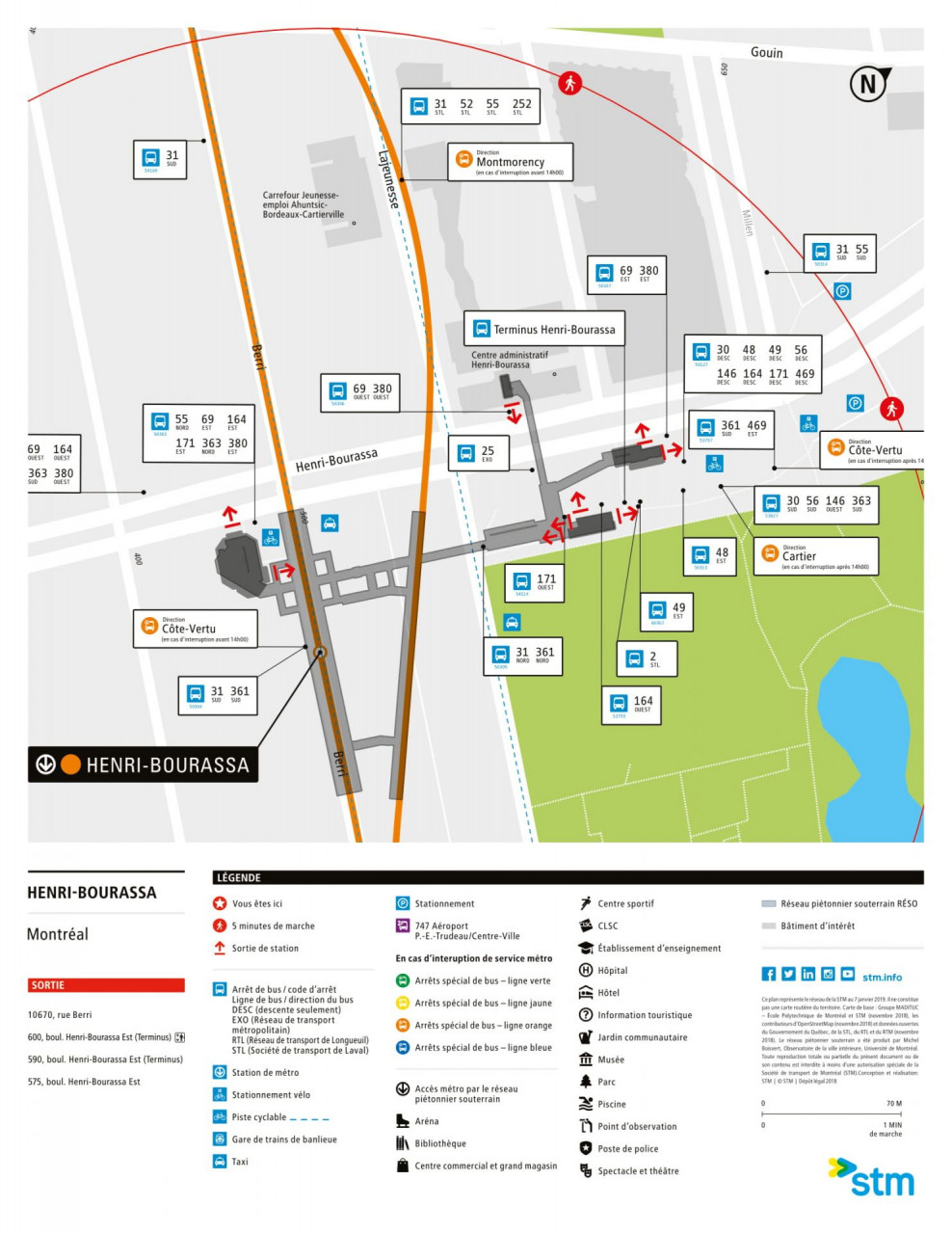 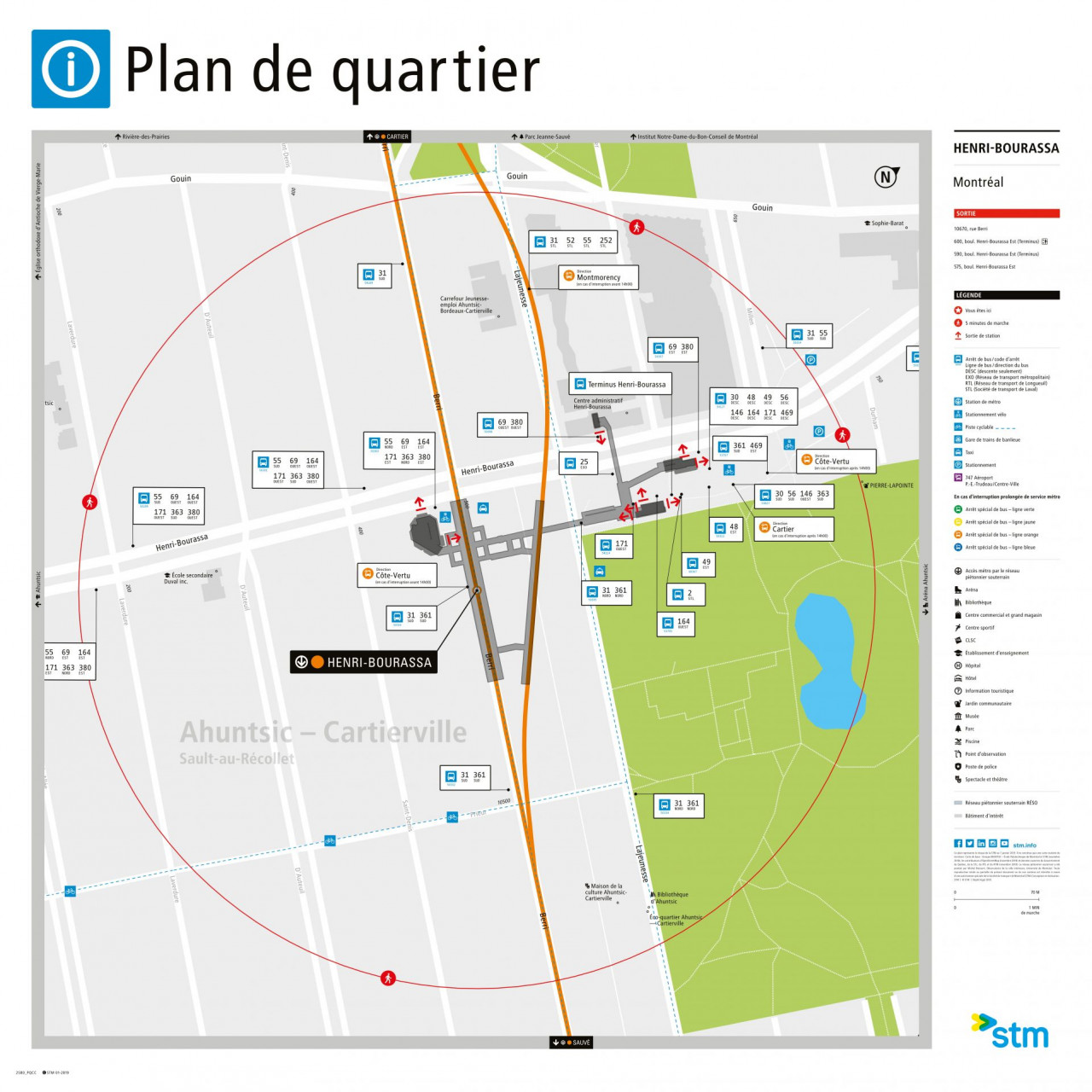 There is a concrete mural made by Jacques Huet called "Réveil de la conscience par la solitude". It combines art with practical as it also serves as a firewall with the opposite building.

Another artwork is called .98 (sometimes refer to as Point 98 in French), and was done by Axel Morgenthaler. It consists of 98 LEDs on stainless steel, which together are forming the shape of a trapezoid. Situated in the corridor between the terminal platforms and the one for Montmorency, those lights consist of the three primary colors and therefore can create basically any color and evolve all over the day.