Laurier is a station on the Orange Line of the Montreal Metro.

It was named in honour of Laurier avenue, which got its name from former Canadian Prime Minister Sir Wilfrid Laurier.

There are two entrances, at 5113 Rivard and 495 Gilford. While neither stands out from the outside, the one on Rivard street is special inside because it has automatic entry doors. This is one of only four stations in the network that have this feature and the only one not on the Blue line. The one on Gilford, however, has the utility of having way more space so people can wait for buses inside, which is handy in the winter when you wait for certain bus routes that pass less frequently.

The side platforms are elegant with their granite wall but what lacks on them is that exits are only at the extremities and each one leads to a different entrance, which means passengers who are not aware may have to walk all over backwards to exit at their preferred spot.

The ceilings are quite low due to the station being built in a tunnel like it's neighbour Mont-Royal.

Laurier station platforms couldn't be described without mentioning the spots on the walls over the benches, which are the results of oil on people's hair getting in the granite. 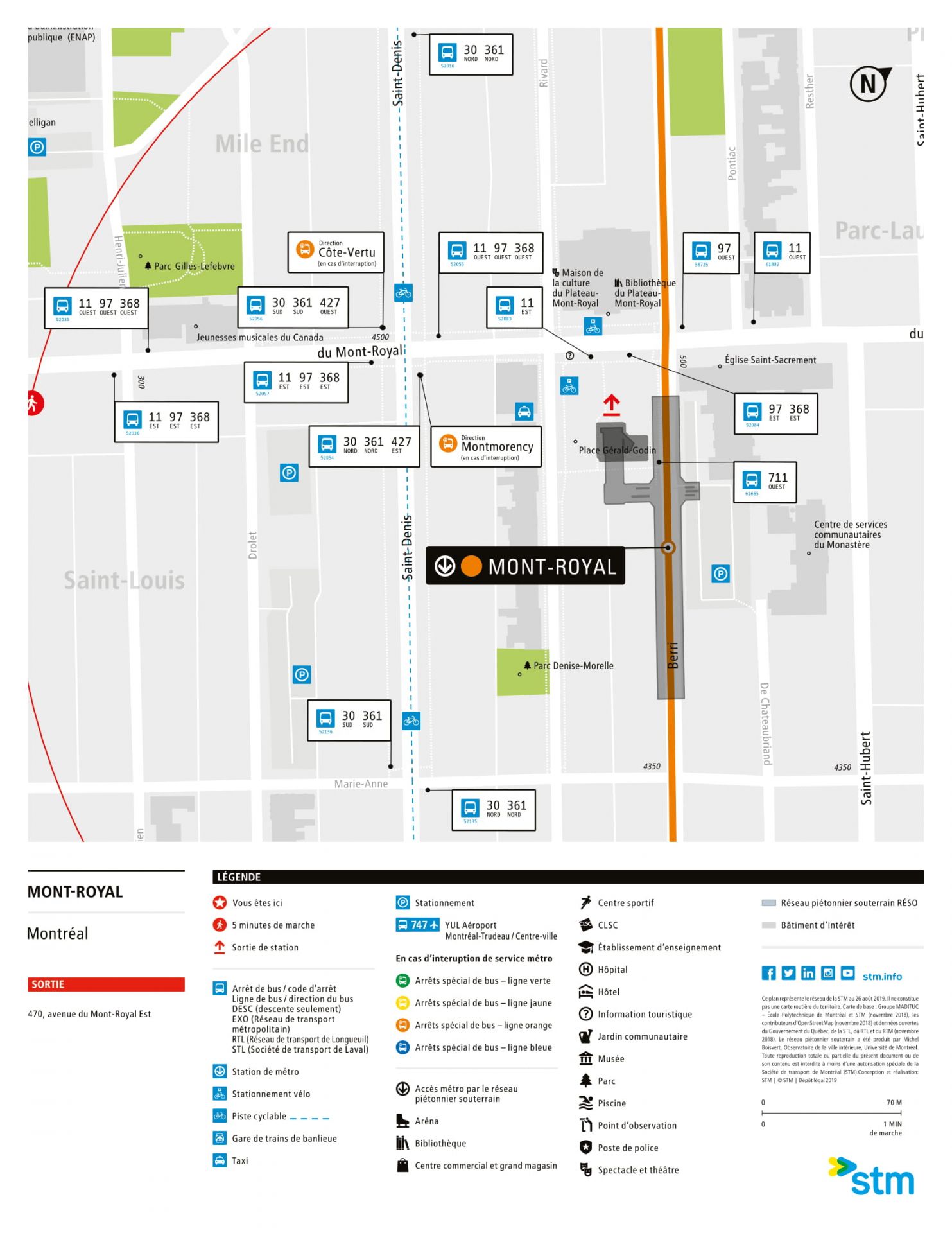 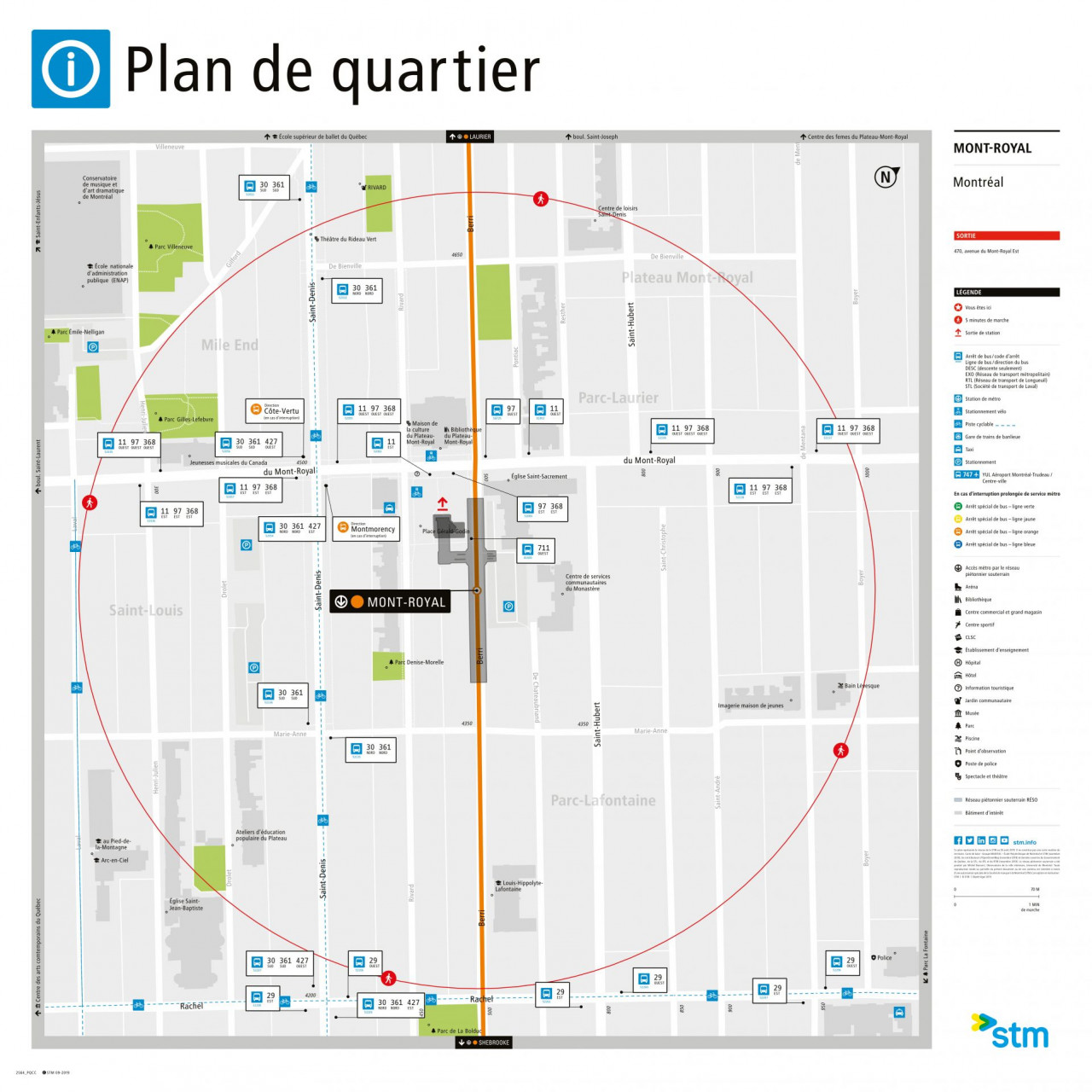 This station does not have any artwork. The granite walls on the platforms may be the only thing that is worth looking at there.