Square-Victoria-OACI is a station on the Orange line of the Montreal Metro. It was briefly the Western terminus of the line for 1 week, from its opening to the opening of Bonaventure station.

It was originally named just Square-Victoria, in honour of Victoria Square, which is a famous town square in Montreal. In 2014, this station became one of the many who had its name modified after the STM added OACI as the International Civil Aviation Organization (whose french acronym is OACI) has its headquarters in proximity of the station.

The station has 4 entrances: 605 Belmont, 601 Viger, 601 Saint-Antoine West and 605 Saint-Jacques West. The most famous of them is the one one Saint-Antoine which replicates the entry of many stations of the Paris Metro made by Hector Guimard. There are stairs leading below ground from the sidewalk, and around them are green fencing and on top of it is a sign in green and yellow with the word "METROPOLITAIN", and it was a gift from RATP, the Paris equivalent of the STM. The Belmont entry is also original as although it leads to the station, it does so via a long tunnel.

The concourse is quite large, yet doesn't really stand out. The side platforms have beautiful bricks of different colors, from brown to white.

The Guimard entrance as it is the only direct link to the Paris Metro on the Montreal Metro. It is also part of Montreal Underground. 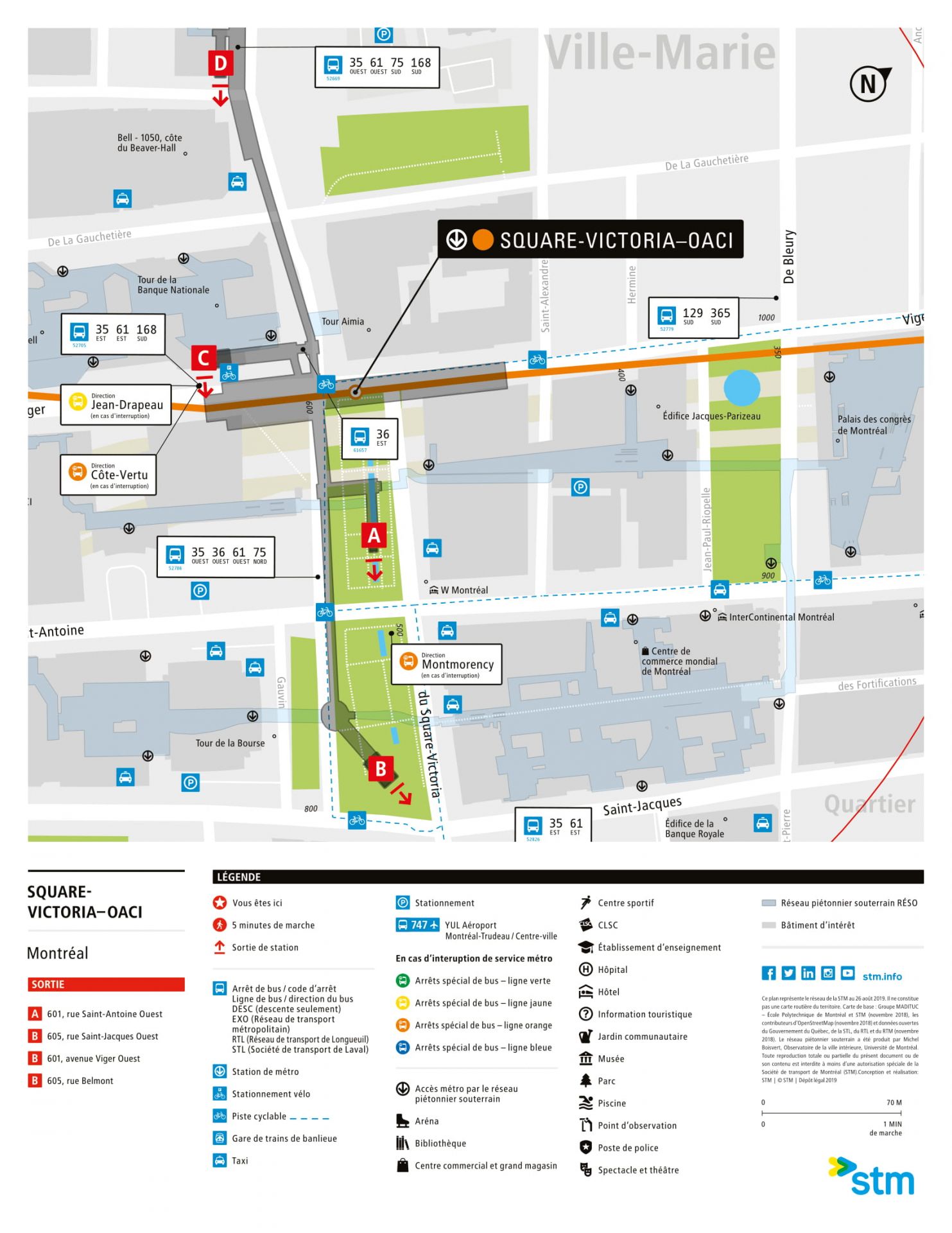 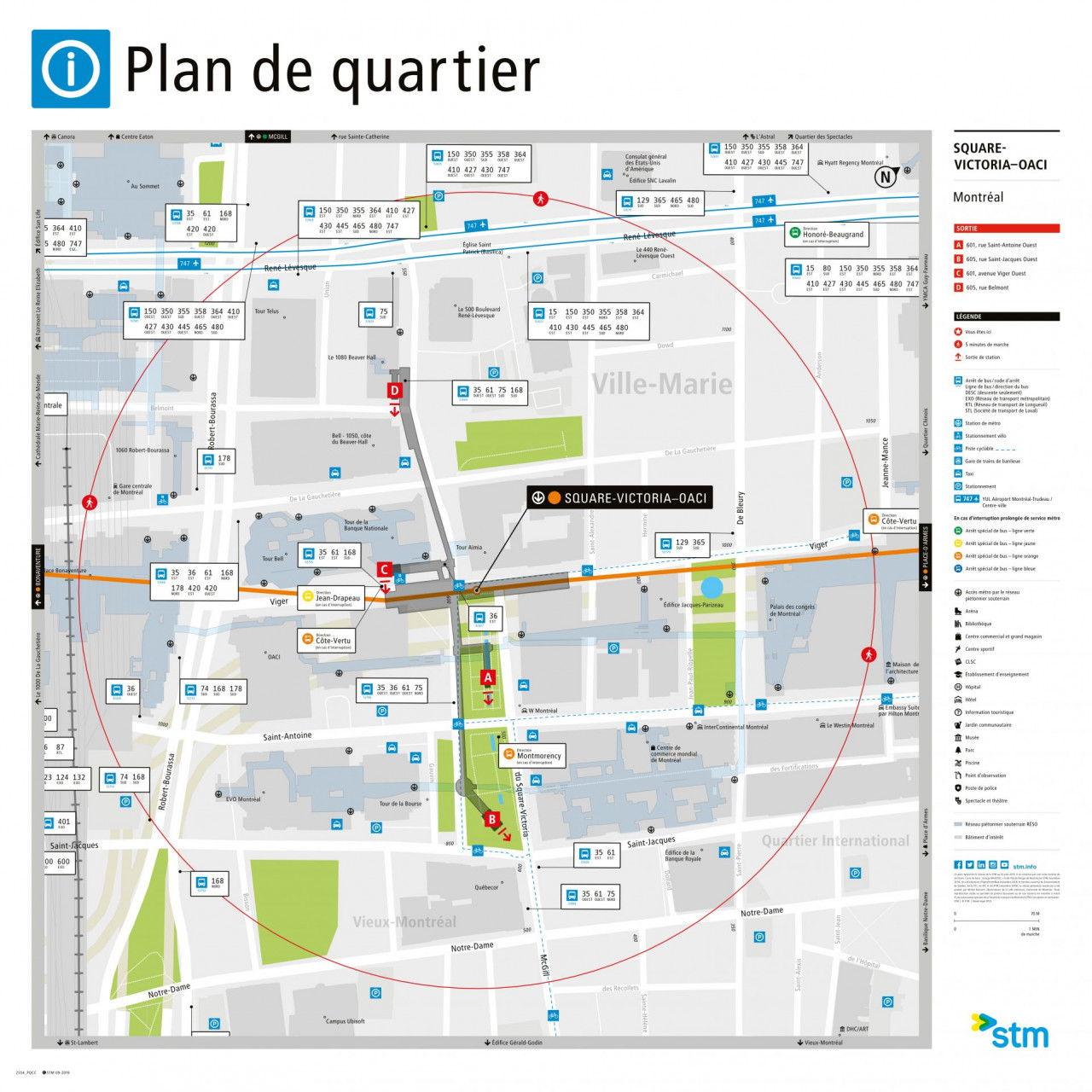 Again, the Guimard entrance belongs here. Guimard is one of the most famous artists in the "Art Nouveau" style, and having one of his works in the network is prestigious.

There is also a mural by Jean-Paul Mousseau (who also did work at Peel station) at the Belmont entrance. It consists of yellow and green stripes with orange triangles inside them.