Jean-Drapeau is a station on the Yellow line of the Montreal Metro.

Originally called Île-Sainte-Hélène, its name changed to Jean-Drapeau in May 2001, two years after the death of Drapeau, who was the Montreal Mayor who decided to have a metro in the city.

The station has only one entrance, 170 Île-Sainte-Hélène. It is very well conceived as there is lots of space in front for the large crowds that sometimes come with the attractions that are around. Then when you enter, large signs hang from the ceiling and indicate which direction leads to which city. Montreal on the left (via Berri-UQAM) and Longueuil on the right (via Longueil-Université-de-Sherbrooke). The concourse is very practical as once you pass the turnstiles, it doesn't have anything except space, which can be quite practical after a Formula 1 race ends and all the people attending are rushing to the station at the same time. The stairs (in a set of three per platform) are right in front of the entry, each platform on its side, so passengers can quickly find where they need to go. Also since often the very large majority of passengers are either entering or exiting the station, all stairs are regular stairs and the station has no escalators.

The stairs are leading directly to the centre of their respective platforms, and again there are large spaces at the bottom of them. However, passengers who want to go on the sides of the platform will find it gets much more narrow, but those who stay in the center can see the opposite platform's large space and get the impression of a much deeper station.

Points of interest includes the Montreal Casino, the Montreal Biosphere, which is an environmental museum, but is as famous for its shape as a geodesic dome, Six Flags' amusement park La Ronde, as well as Circuit Gilles-Villeneuve, which is a world renowned motorsport track which has hosted major series including Formula 1, Nascar and sports cars.

The tracks between this station and Berri-UQAM are the deepest point in the network where they reach 55m below ground. 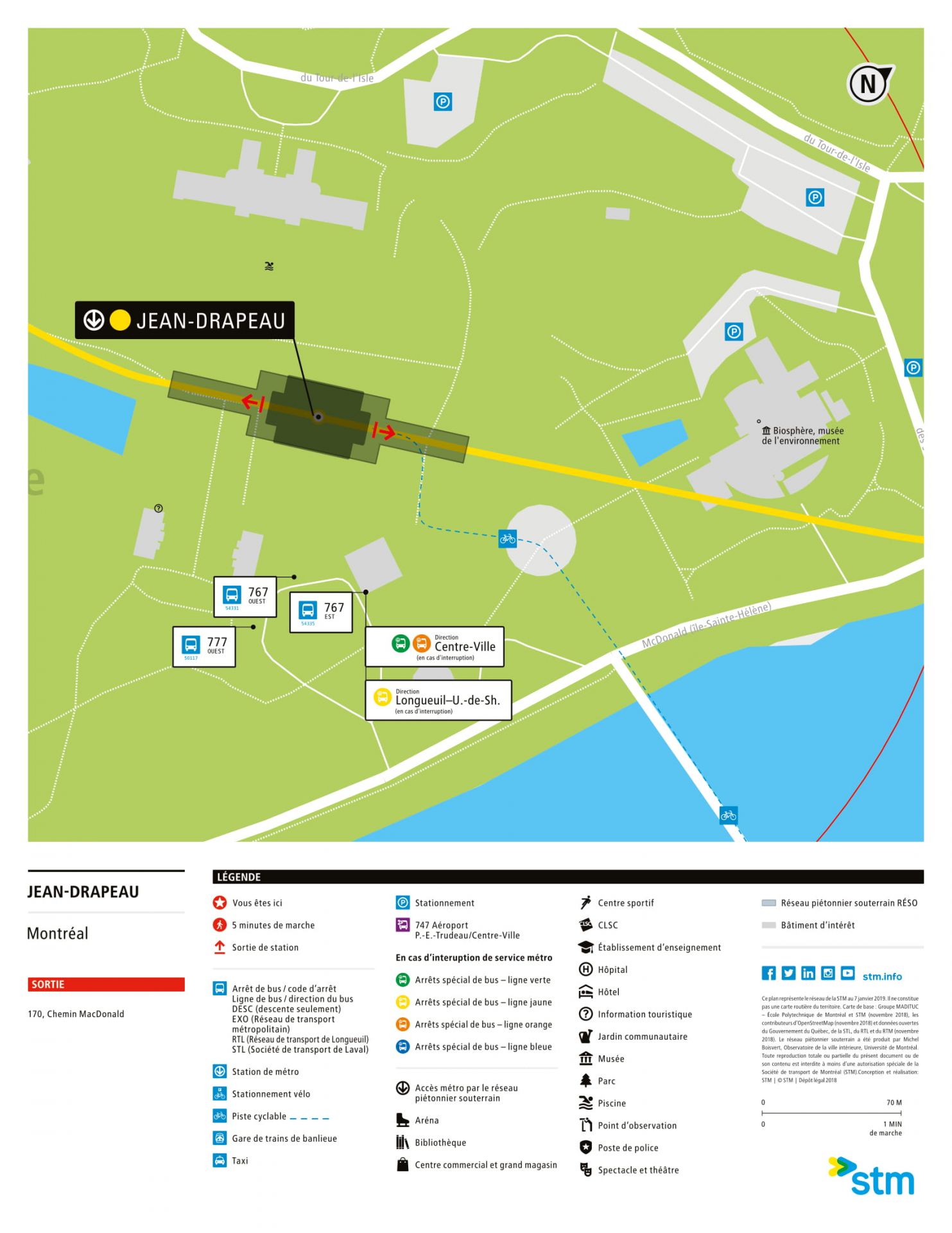 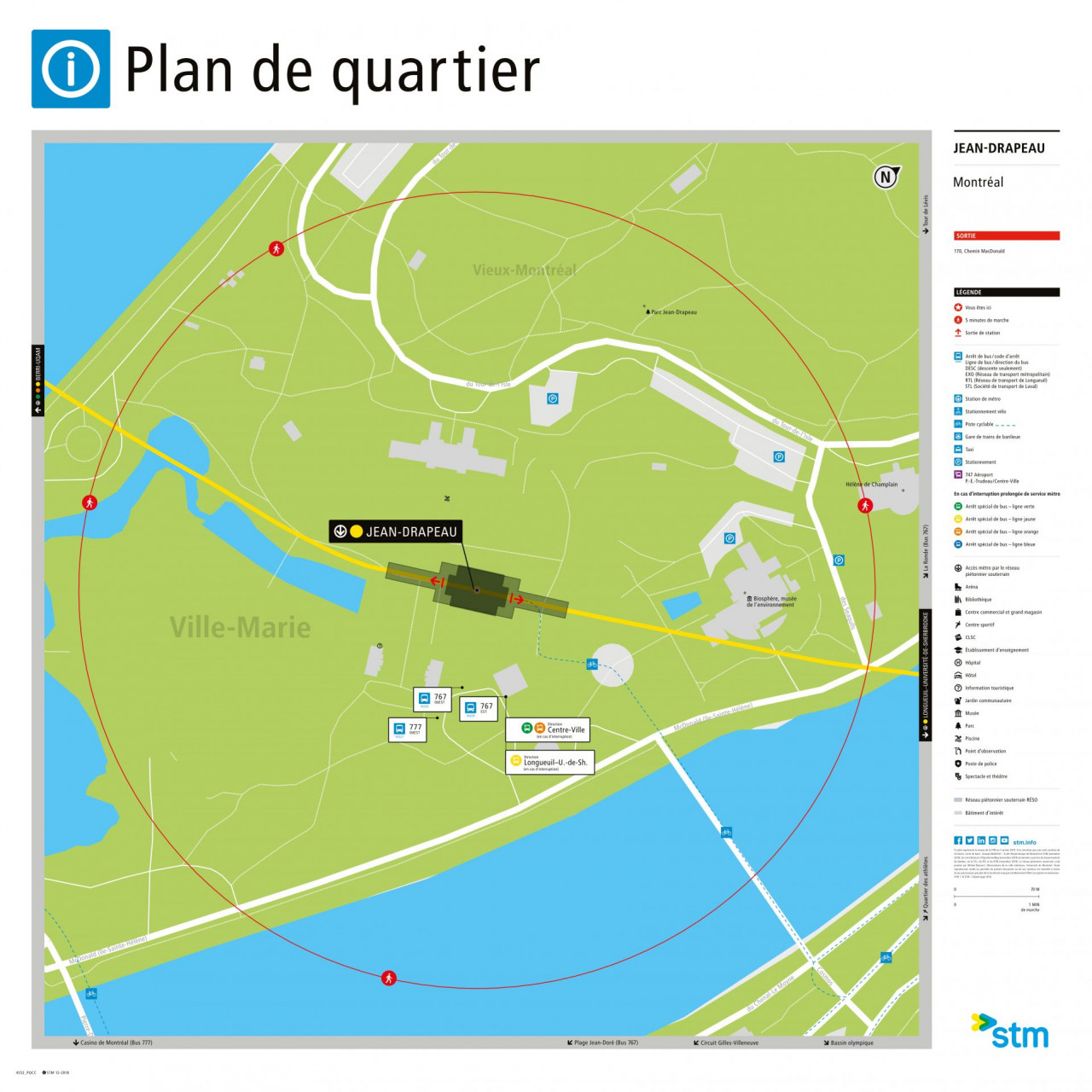 Jean Dumontier painted 4 murals on the walls of the platforms which are based on the theme of Expo 67, "A Man and His World".