Acadie is a station on the Blue Line of the Montreal Metro.

It got its name from Boulevard de l'Acadie, which was named to commemorate the Expulsion of the Acadians.

The station has two entrances, 6900 Boulevard de l'Acadie and 999 Beaumont. Both entrances have characteristics that are often seen on the Blue line stations, which are classic styles mixed with originality. The colours are a mix of grey and brown which produced a beautiful result and added with diagonal shapes of the walls, the overall result is very artistic. Even the entry doors are placed diagonally, and the fact that the higher part of the station continues further than the lower part adds an element of design which results in passengers walking under the higher part to enter, which is also practical when it rains as it gives passengers time to open umbrellas without being covered by rain first.

Once you enter, you will find that even the escalators and stairs are placed diagonally, which creates a nice theme. On the walls, you can see beautiful black and matte granite squares. Once you are at the bottom of the first set of stairs, you see that some red colour is integrated into the matte floor. After taking the second set of escalators or stairs, you reached the turnstiles that are immediately to the right. You can also see that here it's blue that is integrated with the matte floor. Once you pass the turnstiles, you can quickly reach some small set of stairs that reach the platforms at a diagonal angle which gives you a beautiful view. The walls also have black and matte granite squares with the addition of blue ceramic making a diagonal line throughout the walls, which can also combine as a backrest where there are seats. The view from the platform also consists of seeing the overpass which is again beautifully designed in a diagonal shape.

Point of interest Place l'Acadie-Beaumont shopping centre, but passengers can also use the 100 bus to reach Centre Rockland, which is a major shopping centre in Montreal.

The diagonal shapes give this station a unique look. Also, this station was featured in the 2000 film Maelstrom, by Denis Villeneuve. 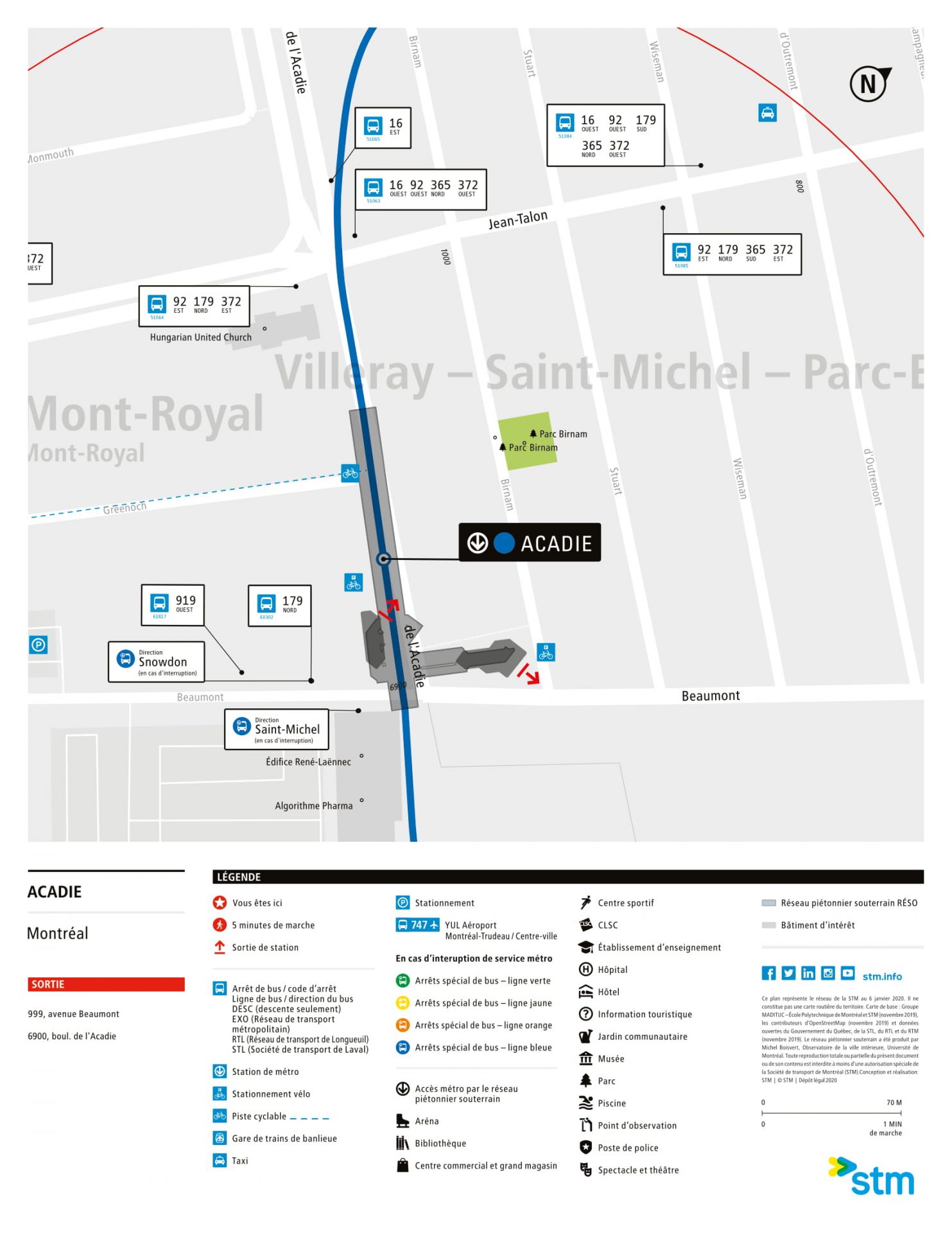 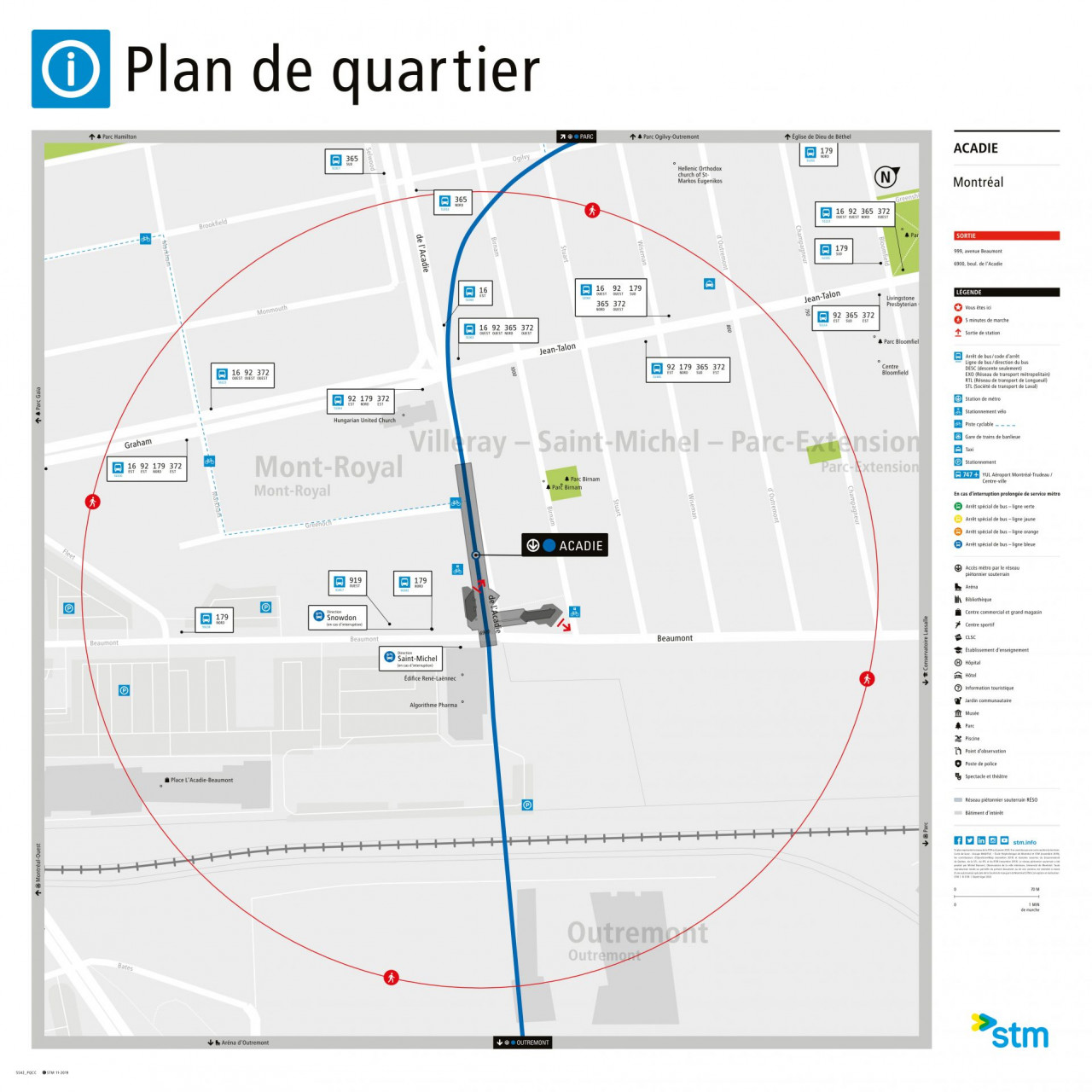 Météore Design created a bench which is combined with a clock and called "Lieu de rendez-vous". It is an art deco style and is located in the mezzanine.