Université de Montréal is a station on the Blue line of the Montreal Metro.

It was named in honour of the university of the same name, under which the station is located. This is a major university that also includes Polytechnique Montreal and HEC Montreal.

The inside of the station is done in beautiful brown bricks, which are everywhere inside. The turnstiles area is also very attractive as it has some natural light from the exterior.

The platforms are quite sobre with only the brown bricks being on the walls, yet it is far from boring to look at as not only are they beautiful, the architecture of the station is made so beautifully, from the stairs to the overpass to the ceiling, that this station is always fun to be at.

In addition to the University, another point of interest is the Centre hospitalier universitaire Sainte-Justine, one of the biggest pediatric hospitals in North America.

If you enter through the Louis-Colin entrance, you will reach the station through a corridor over the platforms, which is unique in the network. 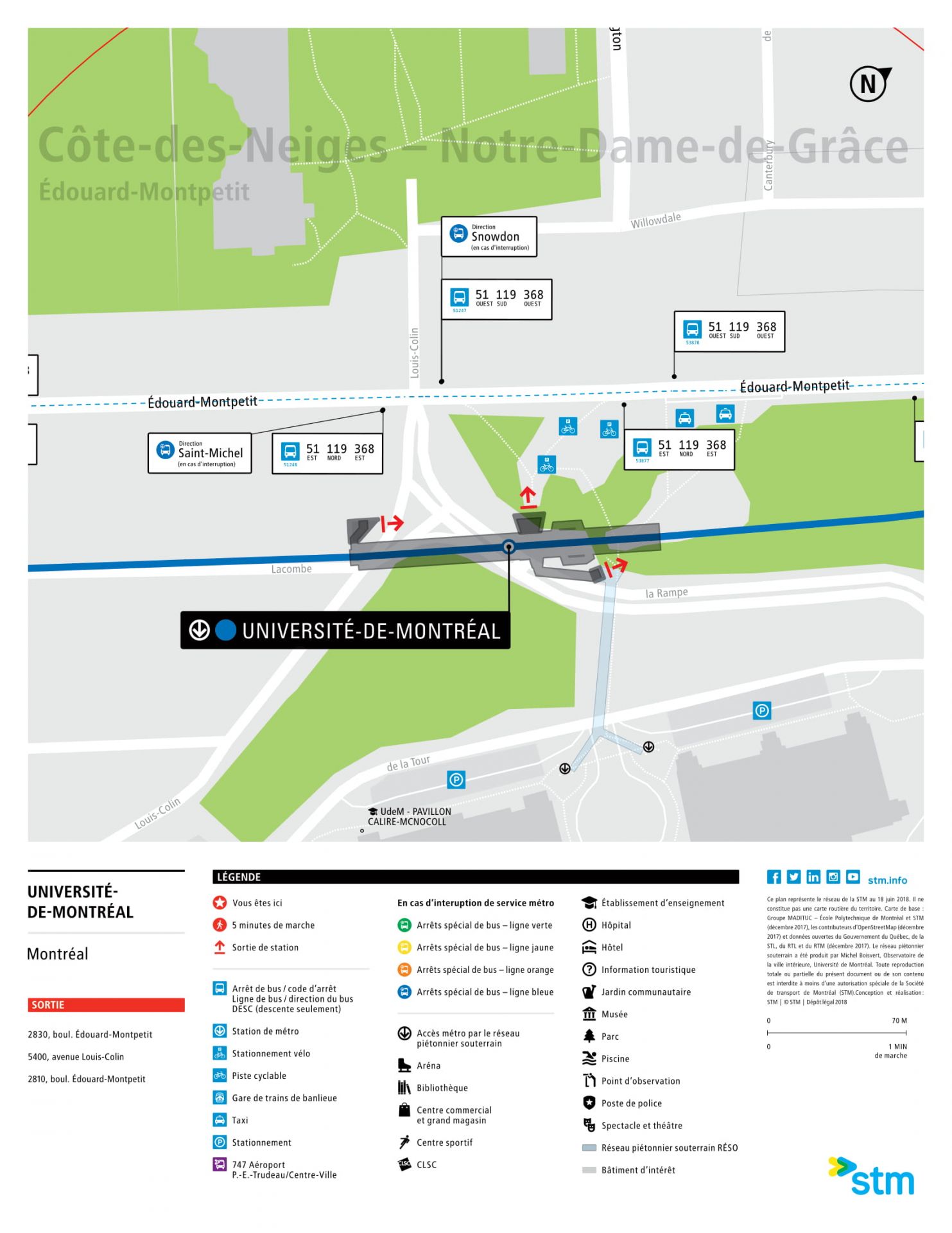 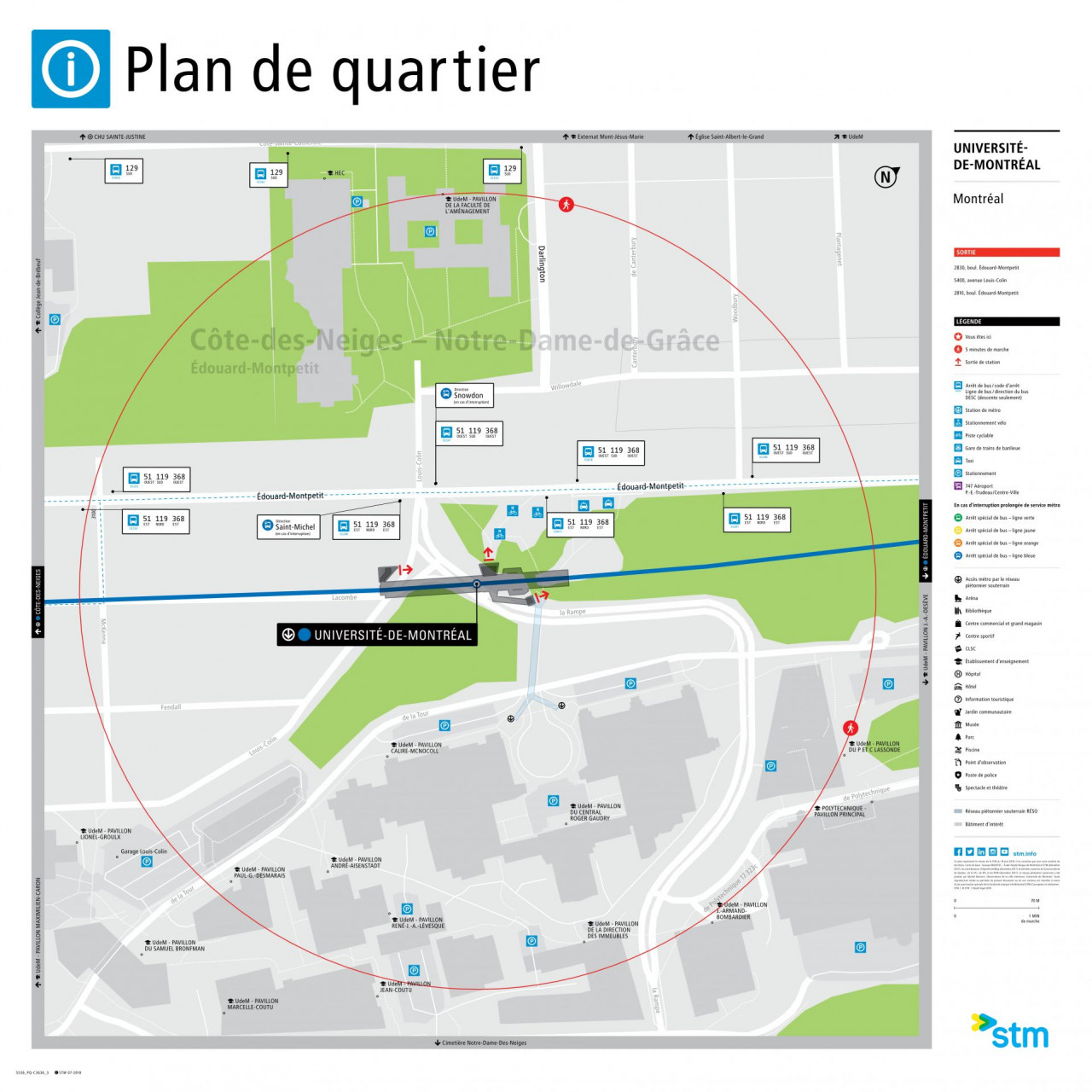 André Léonard made two murals made of terra-cota blocks. The main one, over the tracks and platforms, represents the four classic elements of the universe (air, water, fire, earth). The other one is in the Louis-Colin corridor and it consists of arrows pointing to the exit.