Pie-IX is a station of the Green Line of the Montreal Metro.

It was named in honour of Pie-IX Boulevard, which got its name from Pope Pie-IX.

The station has two entrances: The western entrance is at 2700 Pie-IX and the eastern entrance is at 2705 Pie-IX. The eastern one is very original as its shape is more circular than square, which can make a parallel with the Olympic Stadium to which the station is attached. As soon as you enter, you can still feel the circular shape, from the ceiling with all its lights installed on a circular pattern through the stairs who are outlined by a circular wall. As for the western entrance, it has the form of a square, but it leads to the stadium through a corridor with a more curvy shape.

There are two side platforms, again in shades of browns. On the wall of the Angrignon platform, you can see the five Olympic rings that were sculpted in bronze. There also used to be logos of the Expos when they were in existence. Some sections of the platforms are covered with bricks, again in a tone of brown. There are also large grills that can be locked, and they are opened when there are events at the stadium so people can go from the metro to the stadium directly.

Apart from the stadium, the points of interest around the station are Saputo Stadium, which is used for soccer, the Montreal Botanical Garden, the Montreal Biodome, the RIO, which manages the Olympic installations, and finally, Collège de Maisonneuve, which has 7000 pre-university students.

There are a few unique features, from the circular shapes at different places to the vast mezzanine.

Also, it is the only station who has extra tracks just before it in order to park trains who can leave quickly when events end. This is a concept similar to the Mets-Willets Point station in New York. As soon as the Expos' game would end, trains could depart the station heading for downtown. 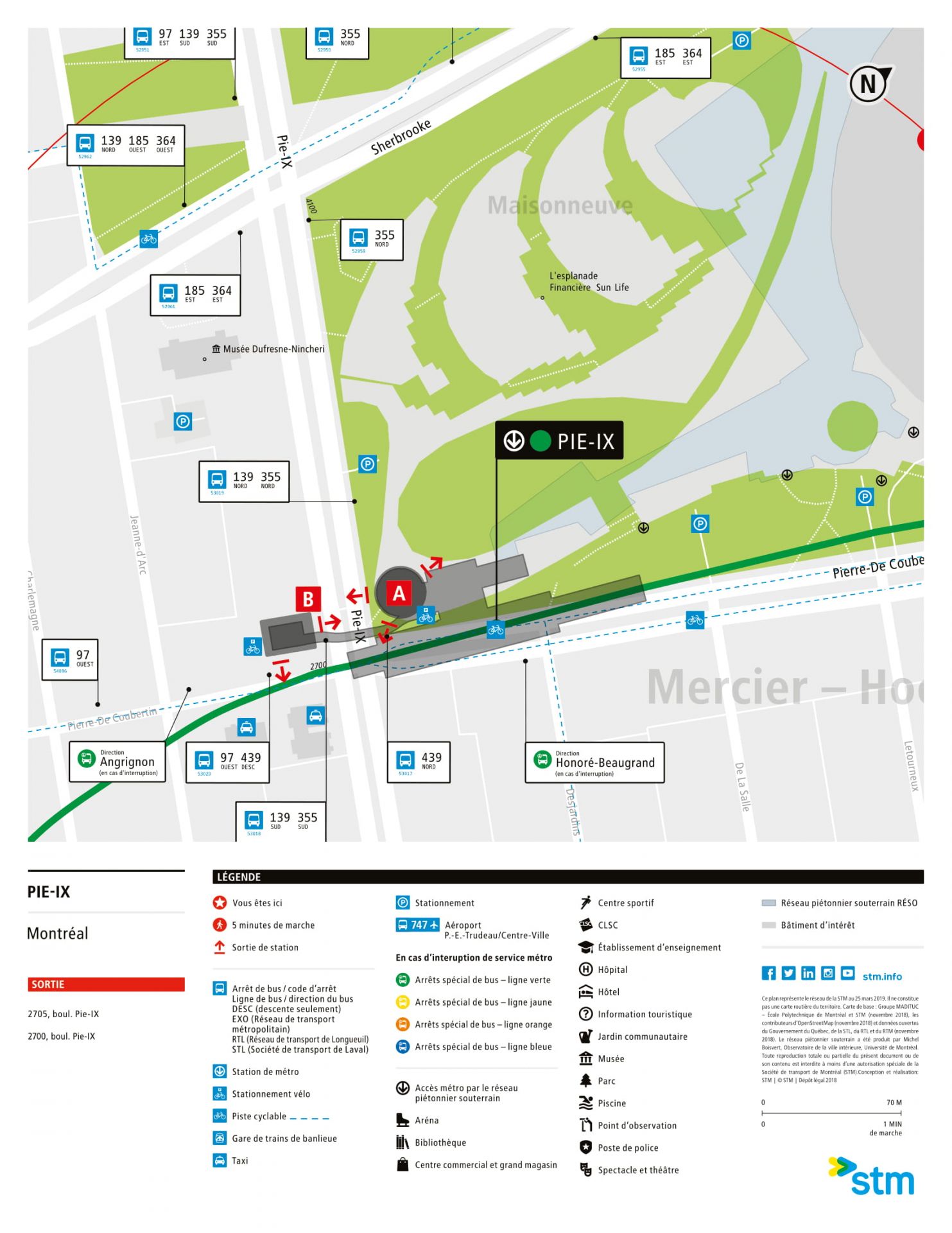 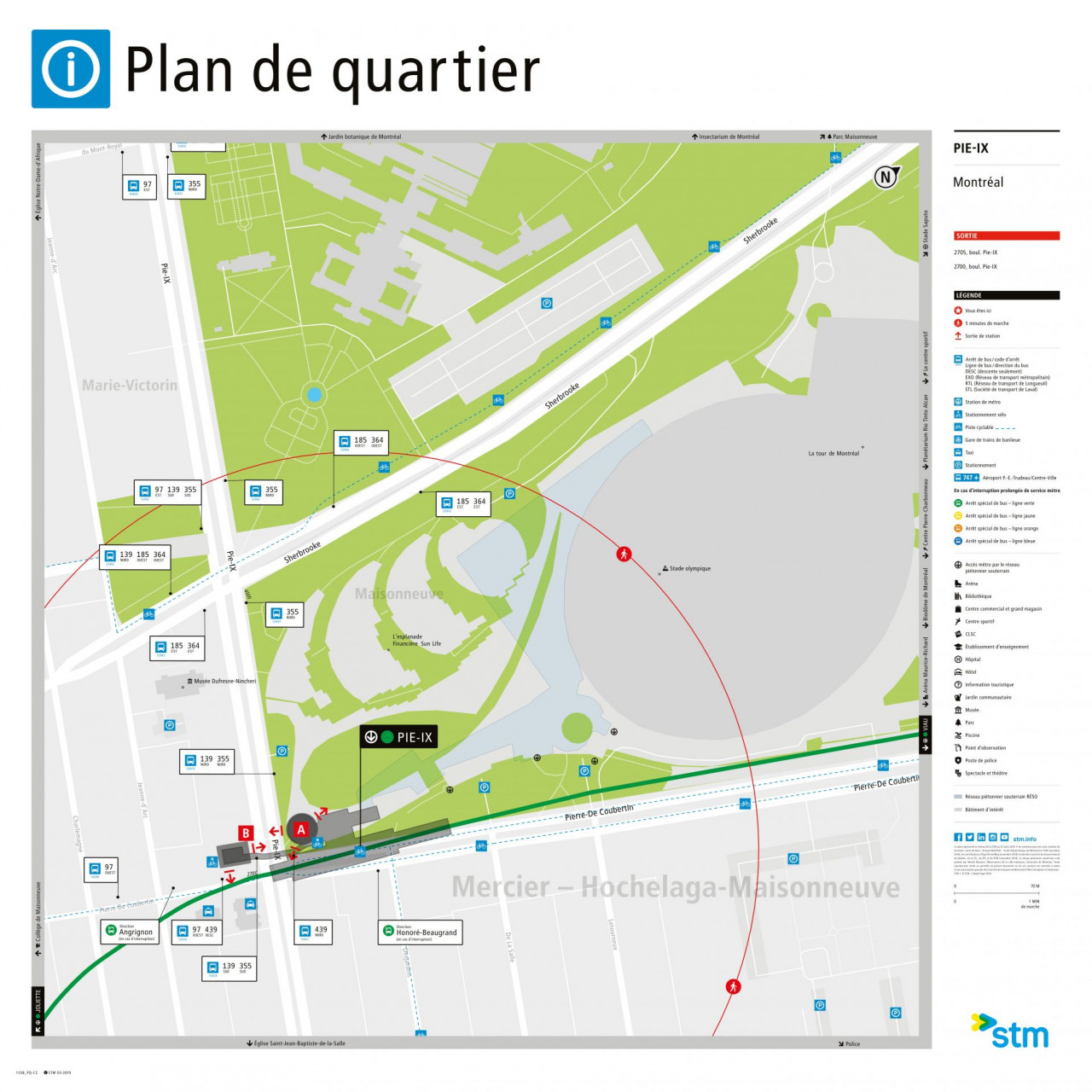 Jordi Bonet did a large mural in the mezzanine. It is called Citius, Altius, Fortius, and made in concrete and aluminium. Marcel Raby also did a decorative grill on the wall of the Angrignon platform, around the stairs.