Côte Vertu is the western terminus of the Orange Line of the Montreal Metro.

It was named in honor of the Boulevard de la Côte-Vertu.

The station has 3 entrances: 1515 Édouard-Laurin Boulevard, 1510 Boulevard de la Côte-Vertu and 1515 Boulevard de la Côte-Vertu. They are all attractive, in shades of brown with parts of all in diagonal shapes. The mezzanine keeps the same tone of brown with beautiful brown bricks, but the shapes of its walls are more circular. The platforms are beautiful, with the same brown bricks which gives a classic look, yet what is sometimes problematic is that it wasn't planned as a permanent terminus so the space is limited and it can take a long time to empty the platform when there are lots of passengers exiting a train in rush hour.

Points of interest include Les Galeries Norgate (a strip mall), as well as Vanier College and Cegep de Saint-Laurent.

This station is one of the few which has its own city bus terminal, serving both STM (Montreal) and STL (Laval). 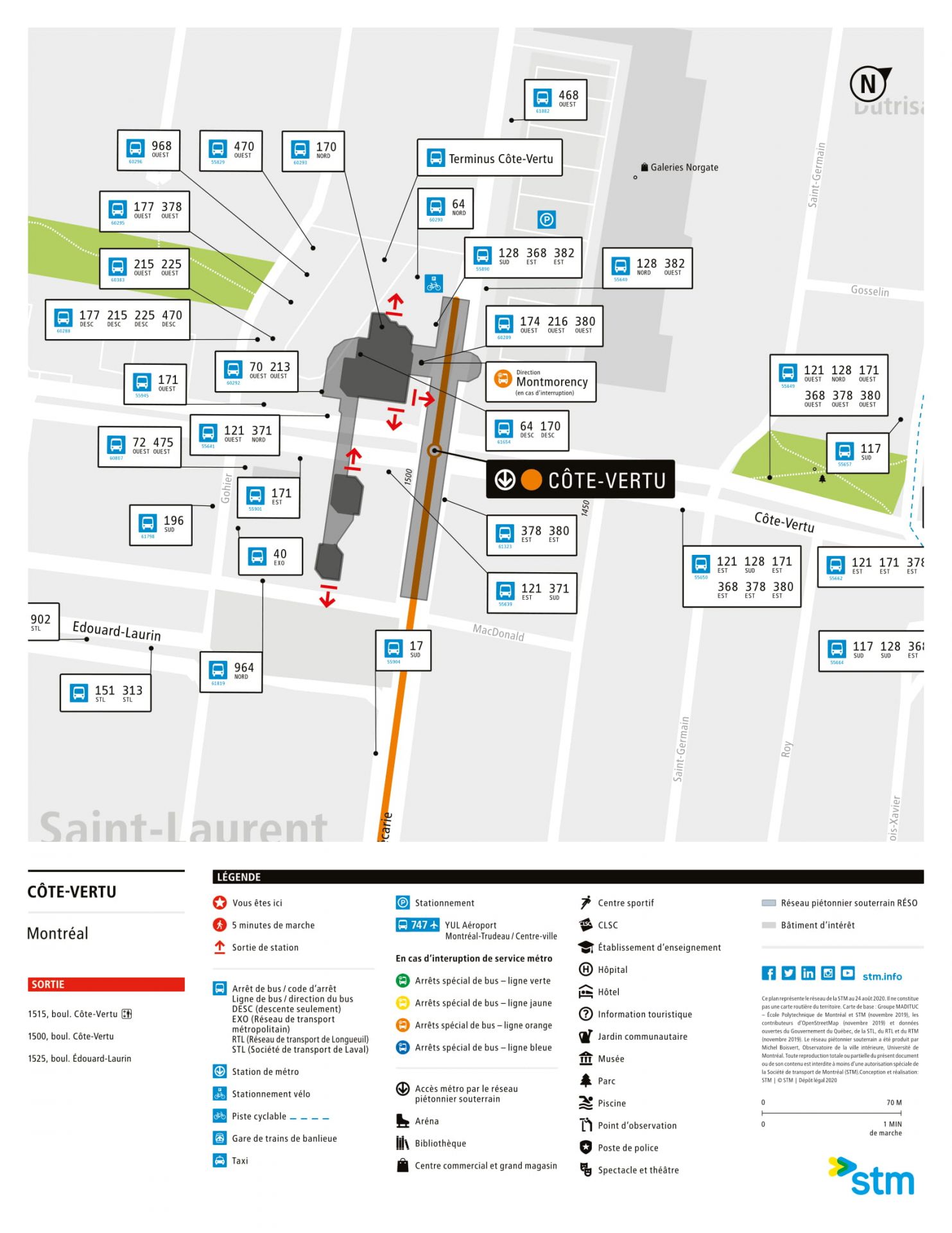 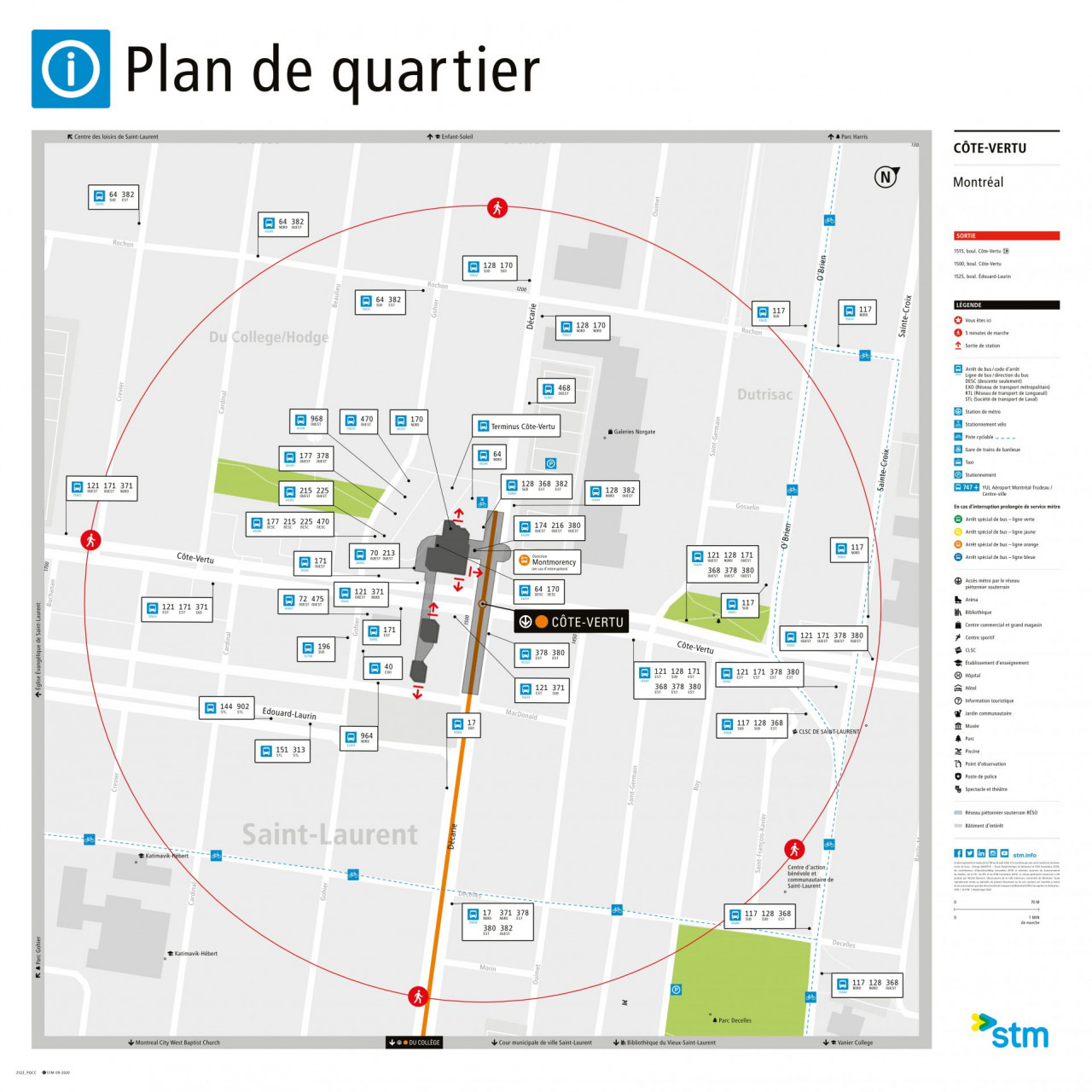 The overpass has stainless-steel murals by Yves Trudeau. They were originally supposed to continue on the walls of the stairwell, but the project was never completed.