Crémazie is a station on the Orange line of the Montreal Metro.

The station has two entrances. The main one is the northern entrance. Originally the mezzanine was quite small, it had a square shape and was just as high as the doors. The front of the roof was sky blue, which was appropriate as it matched the color of the metro cars. In 1992, the FTQ built its headquarters there and the entrance of the subway was integrated in the new building. The pale colors of the new building matches well with the pale beige colors of the inside of the station. The entrance is covered by the floor over it, which is great for passengers wanting to wait for the bus on a rainy day. As a bonus, there is also a mailbox right next to it so you can drop off your mail before taking the subway. The southern entrance is inside another building but the only thing there is some stairs that lead to an underground corridor that goes under Crémazie boulevard to reach the north side.

The northern entrance has two sets of stairs, on the left are the escalators and on the right the regular stairs. Once you reach the bottom of the stairs, you have the ticket booth on the right and the turnstiles in front. The walls and floor are all beige motifs. Then you take another escalator and while on it you will see how grandiose the station, situated at its right, looks. The lighting is wonderfully done with the ceiling having many squares and some of them being illuminated.

You can reach the Côte-Vertu platform by taking the stairs just next to the escalators or go on the overpass to reach the Montmorency platform.

Points of interest include the FTQ complex, as well as Collège André-Grasset who are quite close to the station. Then if you go through St-Hubert street in the northern direction you can find Collège Ahuntsic and Complexe sportif Claude-Robillard, which is recognized as a training facility for many sports, its main assets being it's pool and soccer field.

This station is connected to the Youville workshop which is the main workshop of the STM. 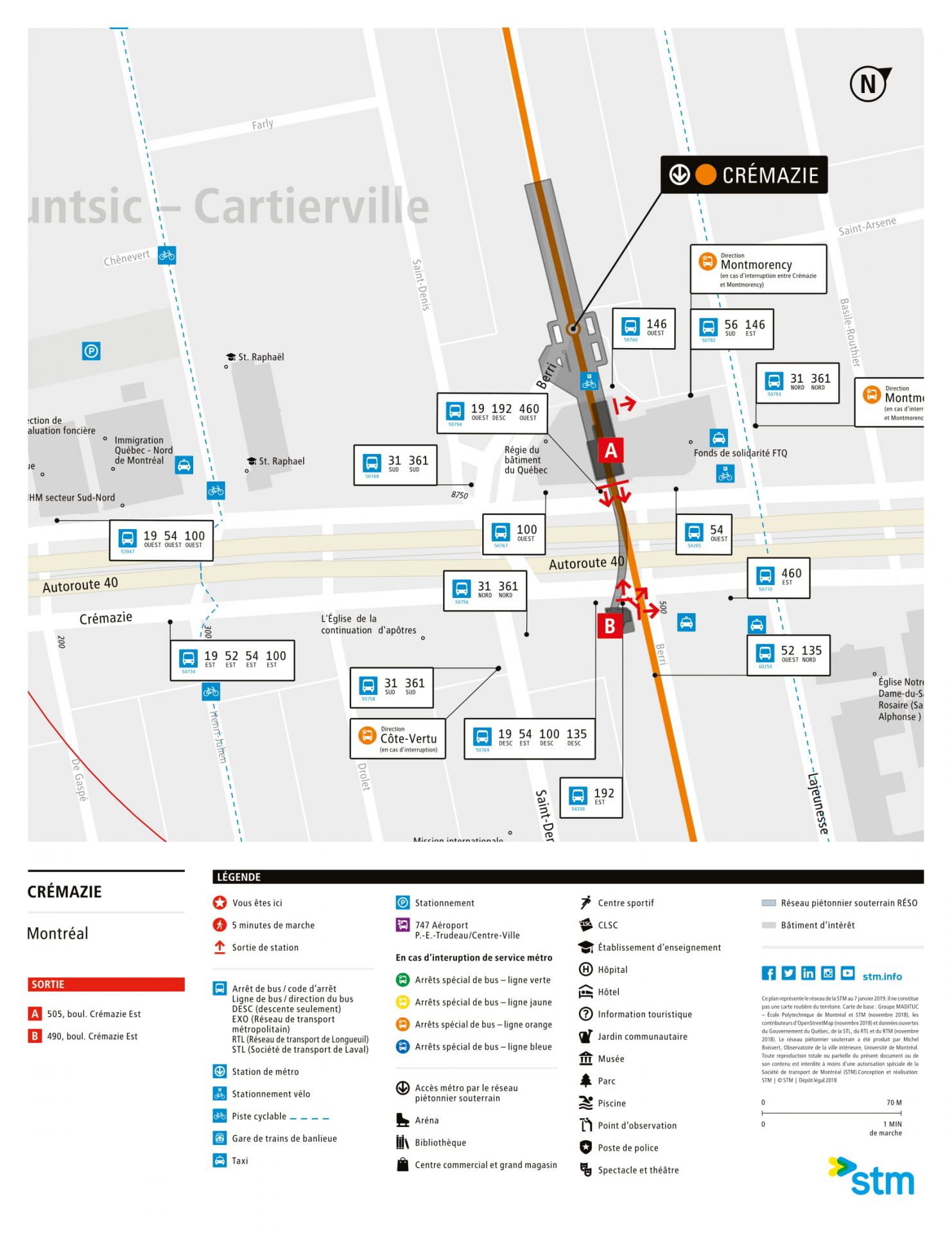 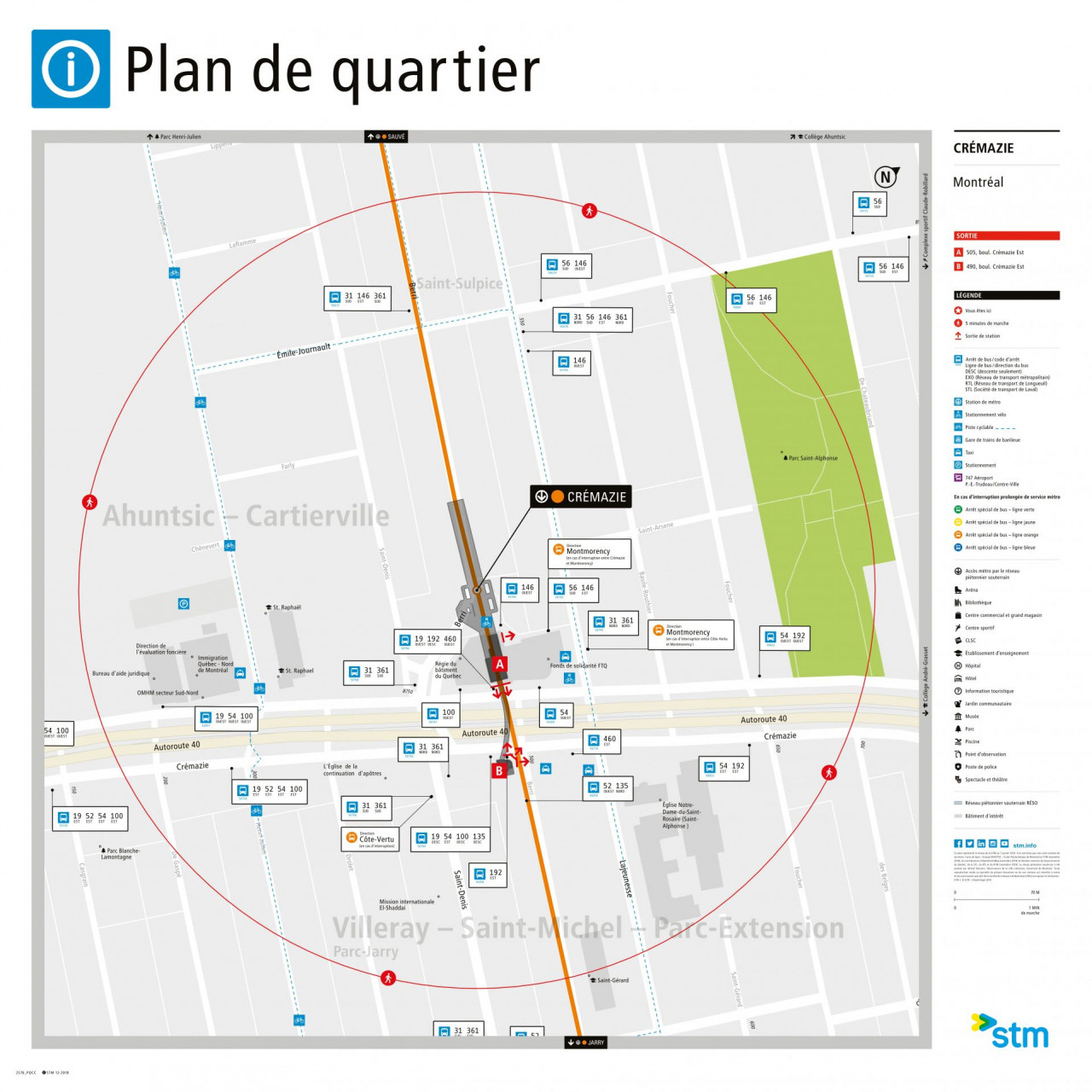 There is a ceramic mural called "Le poète de l'univers" made by Georges Lauda, Paul Pannier and Gérard Cordeau, situated high over the Montmorency platform. It was done to honour three poets including Octave Crémazie. The other two are Saint-Denys Garneau and Emile Nelligan.