Lucien L'Allier is a station on the Orange line of the Montreal Metro.

The station has only one entrance, on 955 Lucien L'Allier street. It is a beautiful square building in brown bricks with some windows. As soon as you enter, you can see the brown bricks are a pattern of this station, and will be there everywhere. The concourse looks very big with a high ceiling that gives a grandiose impression to the station. Again, all the walls are covered in brown bricks with the exception of a firewall made in glass.

Once you reach the platforms, which are among the deepest in the network, the impression is of a much smaller space. Even the benches are made in brown bricks, yet a different pattern.

The biggest point of interest is the Bell Centre. It is home of the Montreal Canadiens but also the place where world renown artists come to do their shows while in Montreal. In addition, combat sports like wrestling, boxing and MMA also do shows there. To accommodate the many spectators who use the subway to attend the Bell Centre, the station was modified to include direct access to the building.

Another place of interest is the E-Commerce Place, which is an office tower for many electronic commerce firms, most notably CGI.

It is one of the few stations that connect to the exo commuter trains. 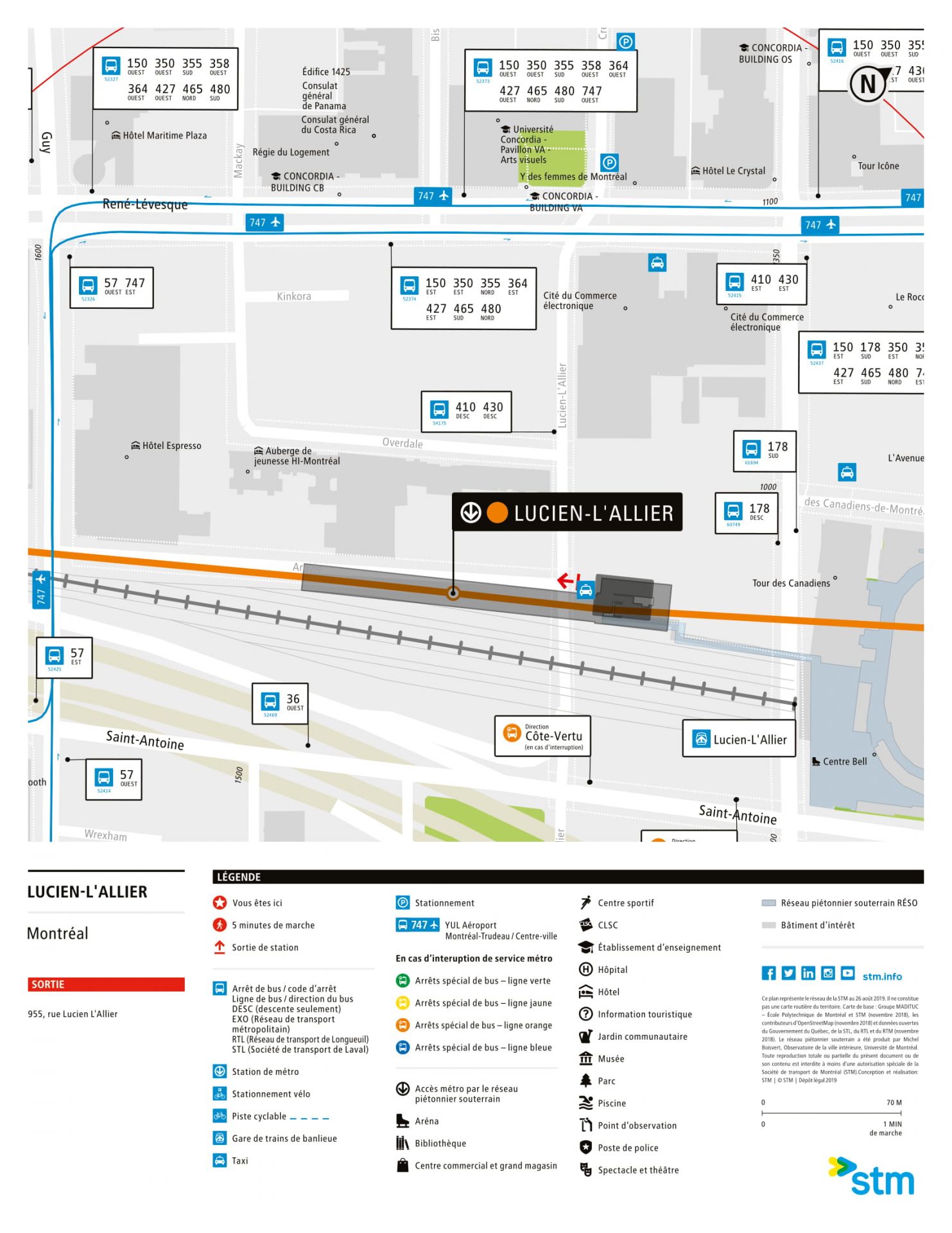 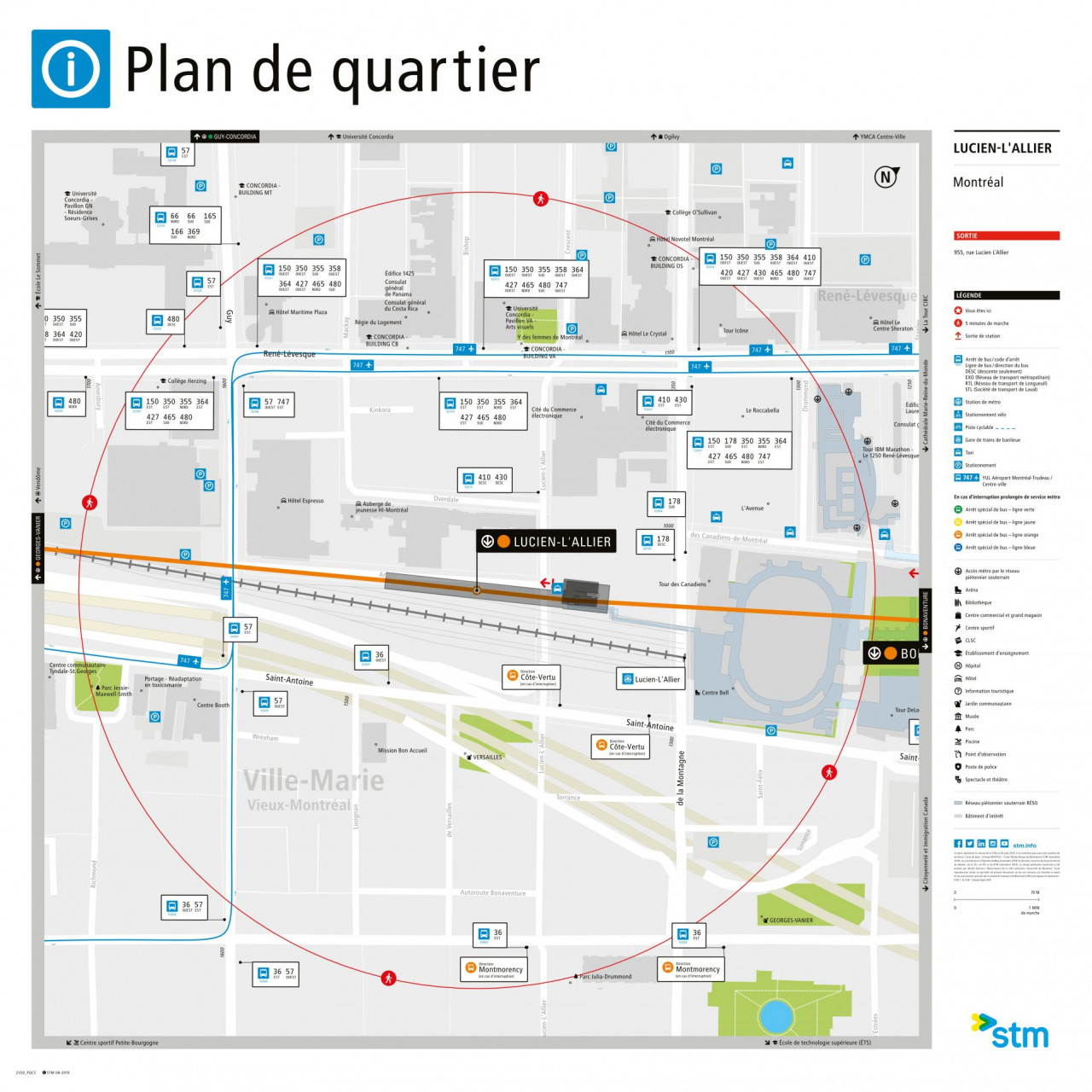 There is a sculptural grille by Jean-Jacques Besner that covers the ventilation shaft in the entrance. It was based on old aqueducts as the original name of the station was supposed to be Aqueduc.